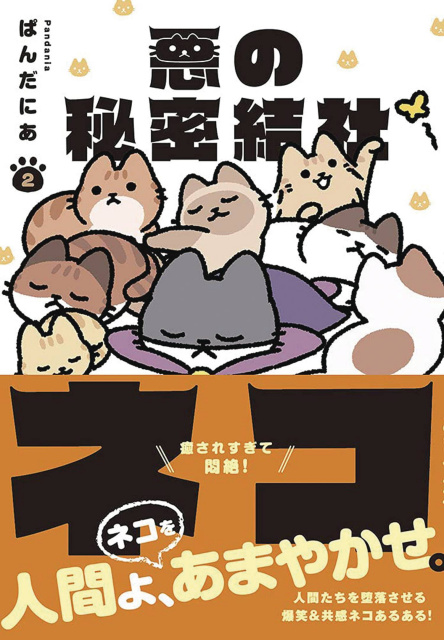 A hilarious, full-color manga about scheming cats from the creator of Yokai Cats (also licensed by Seven Seas)!

"Let us teach the humans about the horror of cats!" They may seem cute and cuddly (okay, they definitely are), but this secret society of cats is up to no good! Under the direction of the purple-caped General, The Evil Secret Society of Cats schemes against humanity in a series of hilarious plots as adorable as they are diabolical. Can these cats effectively terrorize the humans, or are they doomed to be petted rather than feared? Don't miss this full-color manga tale of sweet but sinister shenanigans!