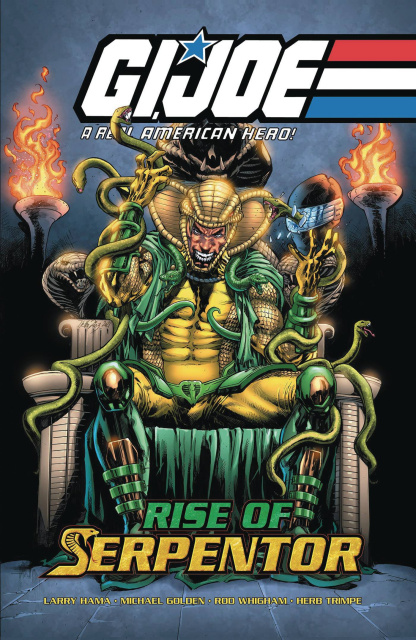 G.I. Joe: A Real American Hero - The Rise of Serpentor

Discover the history of one of the most notorious members of Cobra with this collection of stories from the original 1980s comics! Created by a secret cabal of Cobra scientists who combed the tombs, sarcophagi, and relics of the great despots of history to produce a clone with the military genius of Napoleon, the ruthlessness of Julius Caesar, the daring of Hannibal, and the fiscal acumen of Attila the Hun into the ultimate Cobra Emperor-Serpentor!