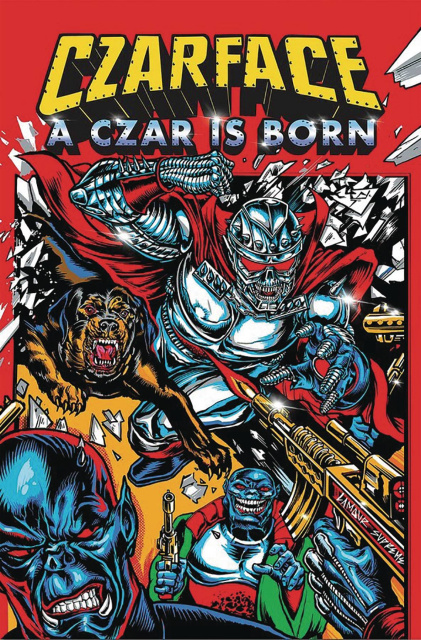 Czarface: A Czar Is Born

Hero to some, villain to others, Czarface's true origins have remained a mystery... until now! Who are the Zarta Ku? And why has their desperate mission brought them to Planet Earth? Meanwhile, Zach and his dog were just a washed up wrestling tag team making ends meet on the comicon circuit when they crossed paths with a woman who will change both their lives forever. Written by Czarface's own Esoteric (Merry X-Men Holiday Special) with art by veteran illustrator Ariel Olivetti, this landmark original graphic novel is a must-have for Wednesday warriors, wrestling marks, and hip-hop heads - or fans of all three combined!