West Coast Canuck: Season 1 Issue 1 by Dan Collins and Eduardo Mello: A Spy a Mountie and a former Superhero are stuck on a cross-Canada train. What could go wrong? Everything. "The Greatest Name in Comics" Daredevil: Season 1 Issue 3 by Kenny Porter and Iñaki Azpiazu: The stuntman turned hero continues his war against the Deadly Dozen and goes toe to toe with Blue Fox! Canuck Beyond: Season 1 Issue 4 by Adrien Benson and Esteban Calvi Can Tom Evans and his rebels free the Planet Beyond from the clutches of a maniac? And will Captain Canuck ever be able to return home? Plus, a classic archives adventure featuring "The Greatest Name in Comics" Daredevil! 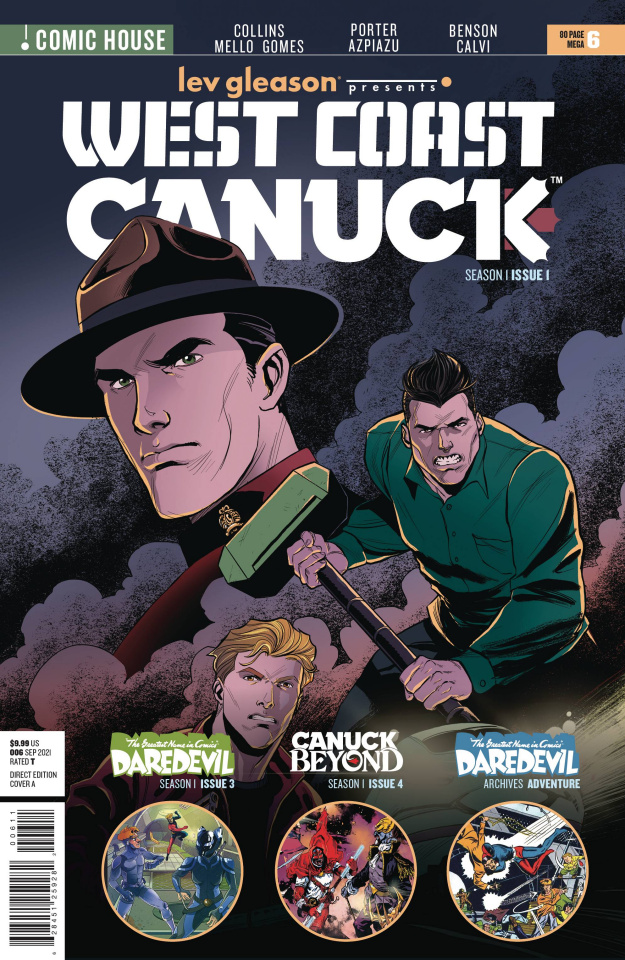