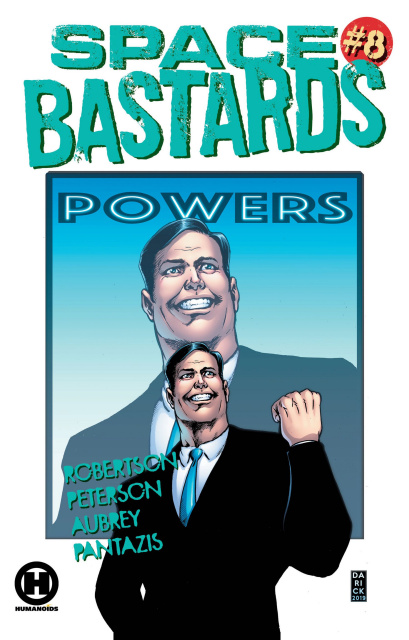 Darick Robertson returns for the "War Song of the Hiccopai!" When we last saw the Bastards, everyone died...right? Well, maybe there were a few survivors, and now they're battered, bruised, and ready to take the fight to Wayne Powers-that smarmy jerk. Before Powers can deploy his teleportation tech and eliminate the need for the IPS forever, the last Bastards standing hatch an elaborate scheme-that would make Danny Ocean smile (and blush)-to disrupt the proceedings and make sure they're the only couriers in this galaxy worth hiring.