Asylum Press brings you a giant flesh rotting collection of all-new zombie tales. Featuring an international cast of artistic talent. Dwayne Harris brings us "Recluse" where an old man living in a cabin in the woods thinks he's prepared for the zombie apocalypse. But nothing could prepare him for the bite of a recluse spider turning him into a creature of the undead. Timothy E. Bacon delivers "Zombie Panic" In a post nuclear future, a man tries to evade a horde of the Walking Dead. But they may not be as dead as they seem. "Abomination Dead" is written and Illustrated by Frank Forte. Brain Quinn writes and draws a zombie tale of feudal Japan entitled "Kowai". An amazing horrorific collection for the Halloween reader! 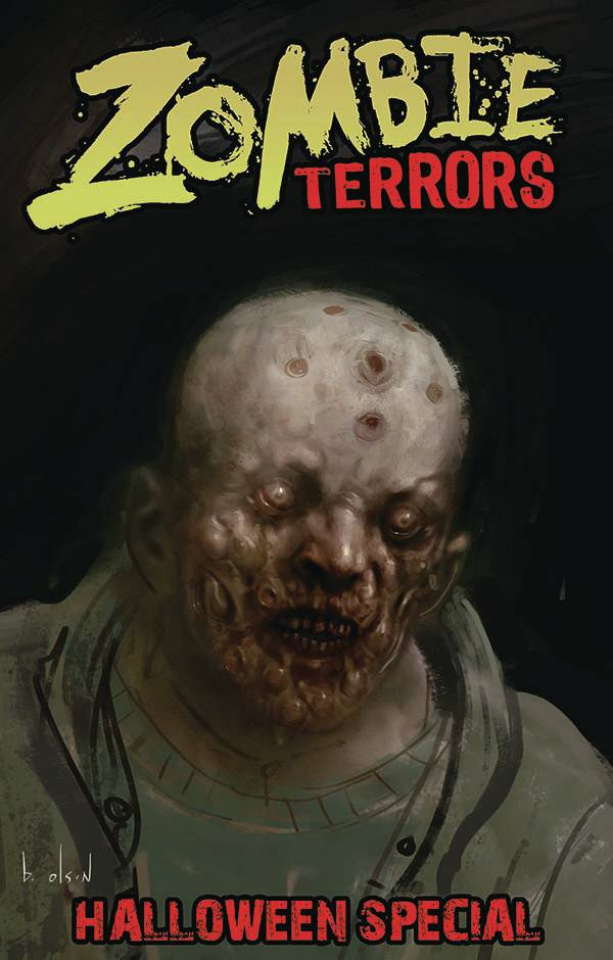