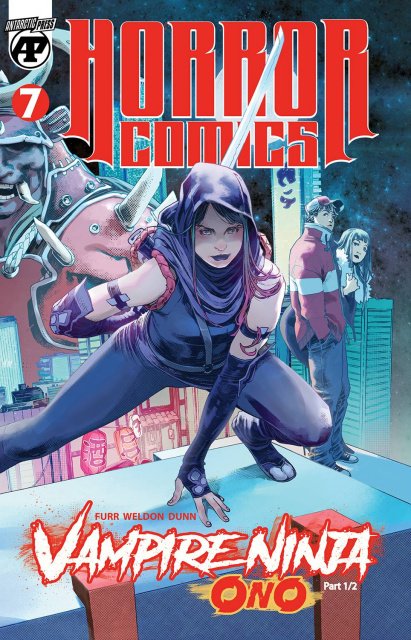 Alex Powell came to Japan looking for romance and adventure, but what started as a dream vacation has quickly turned into a nightmare. Caught in the clutches of an ancient cult and hunted by a sword-wielding woman, Alex's first night in Japan may be his last on Earth! Ben Dunn, the Godfather of American manga and creator of the characters behind Netflix's hit Warrior Nun, brings you his latest bad girl creation with the help of Matthew Weldon (the artist of AP's Punchline) and David Furr (writer of Mobster Graveyard)!