DISCOVER THE TRUE STORIES OF TWO OF THE MOST POPULAR POWER RANGERS EVER - ASTRONEMA & THE PHANTOM RANGER!

For the first time ever, discover true stories of two of the most popular Power Rangers characters ever - the deadly assassin known as Astronema, and the mysterious hero bearing the name Phantom Ranger. Before she became a Power Ranger, a young girl named Karone was kidnapped by bounty hunters and brainwashed into the assassin known as Astronema by two of the greatest threats in the galaxy - Dark Specter and Ecliptor. Answering Zordon's call, the Phantom Ranger investigates the aftermath of an Empyreal attack. Only to discover their connection to an ancient evil he encountered long ago... which may have finally returned to threaten the entire universe. The superstar team of L.L. McKinney (A Blade So Black), Frank Gogol (Dead End Kids), and Simone Ragazzoni (Power Rangers: Drakkon New Dawn) reveal the secrets that no Power Rangers can afford to miss. 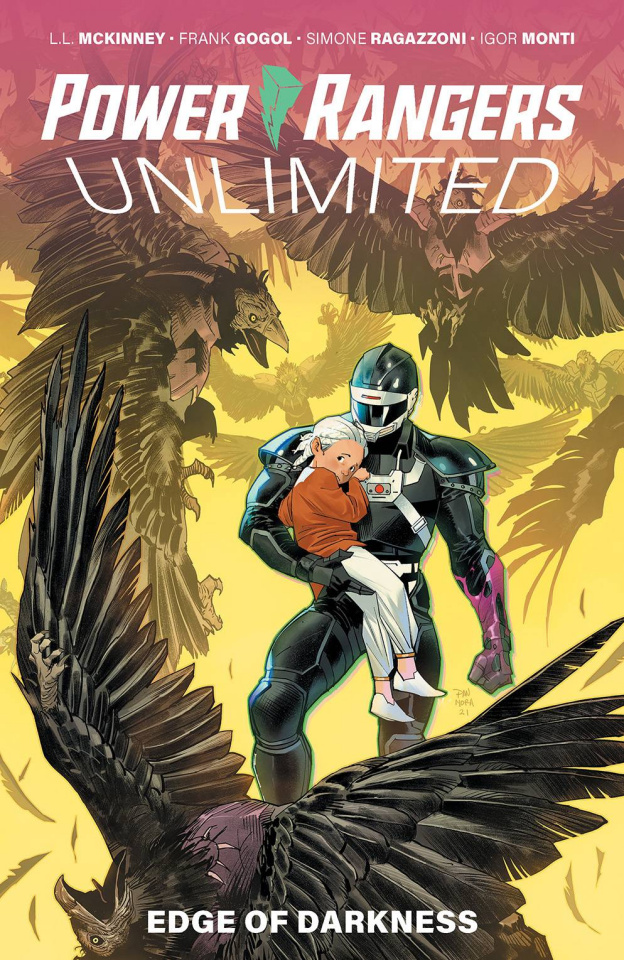