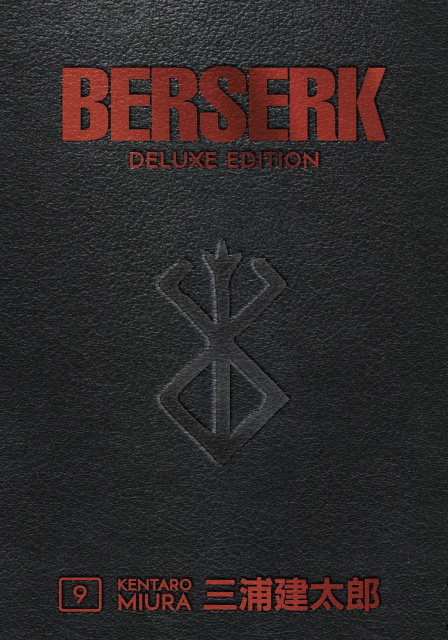 The acclaimed adult horror manga is now in presented in deluxe hardcover editions in the original oversized serialization format. Though Guts the Black Swordsman lies at death's door from battling against the giant dragon knight Grunbeld and his legion of demonic Apostles, the witch Schierke has a dangerous card to play to put Guts back in the fight: the unholy Berserker Armor. But the accursed shell that holds Guts together-in a nightmarishly literal sense-unleashes its host's inner demons, which could tear apart Guts tortured mind and send him into eternal darkness! Collects Berserk volumes 25-27, plus three, fold-out color posters.

"Berserk is finally given the treatment fans have longed for." -AiPT!