The B.P.R.D. fight to protect the world from the rise of the monstrous Ogdru Hem, as teams hit a blizzard-torn Russia and the ruins of both Chicago and New York City. Meanwhile, Liz Sherman fights a deranged doctor in Utah, and the young psychic Fenix goes head to head with a monster-worshipping cult. This omnibus edition collects B.P.R.D. Hell on Earth volumes 7-9 in paperback for the first time, plus an expanded sketchbook section.

"B.P.R.D. continues to impress, and prove that although Hellboy might be what draws fans in, it's the larger Universe that will make them stay." -Unleash the Fanboy 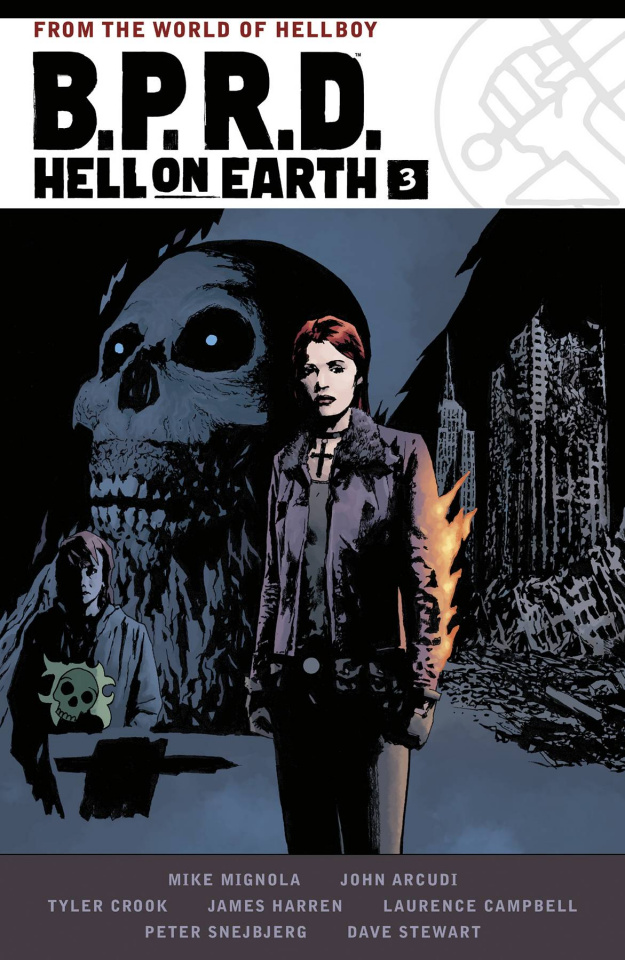