Hyborian-era Martians attack Hyborian-era humans-including Red Sonja! But Sonja's got a whole posse of new friends and one very important charge to keep safe, and nothing, not even bug-eyed aliens, is going to keep her on the run for long. Swords, ogres and ray guns! What the heck else could you possibly want?! By the deranged team of John "Chew This!" Layman and Fran "The Man" Strukan! 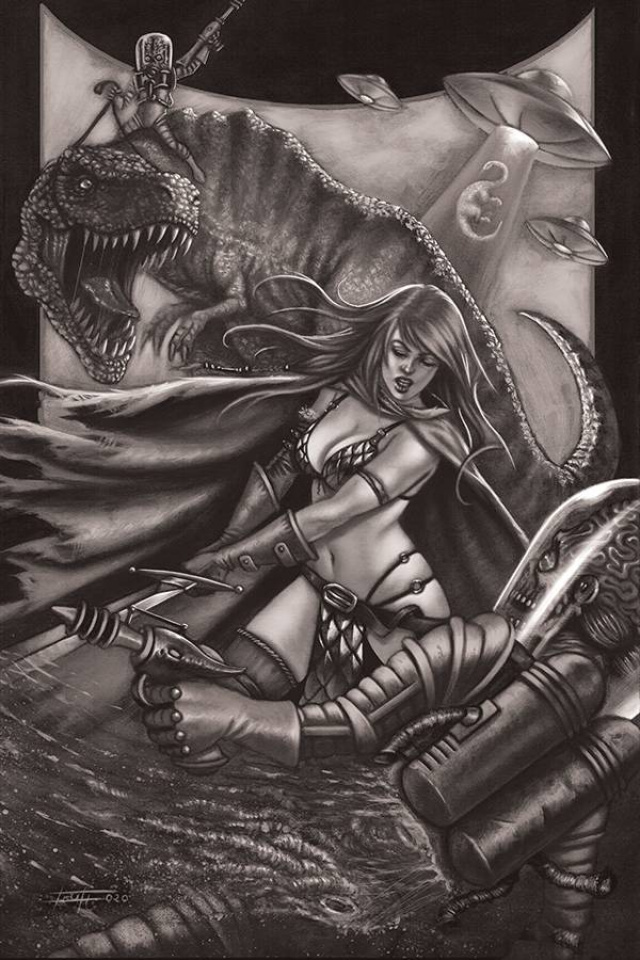