God created the heavens and the Earth -- but, little-known fact, he outsourced the animals to the office of Heaven's Design Team! This hilarious and educational manga features weird real-life animals and puts even some humdrum critters in a strange new light. On the seventh day, God rested. But it turns out He started getting tired long before... In fact, when it came time to design the animals, God contracted the whole thing out to an agency... Heaven's Design Team! They love their work -- the giraffe, the koala, the ping-pong tree sponge(?!) -- but their divine client's demands are often vague, and the results are sometimes wild in more ways than one. Then there's prototyping and testing to worry about, not to mention Ms. Pluto's penchant for grotesque and Mr. Saturn, who just wants to make everything look like a horse... But in the end, all creatures great and small get their due! Includes photos and educational information about the REAL animals created in this volume... Giraffe Red-eyed tree frog Koala Horsehair worm Armadillo Anteater Sea cucumber American red deer Fiddler crab Narwhal Sperm whale Giant squid Seahorse ...and many more! A digital-first hit for Kodansha Surprising, educational facts makes this a spiritual successor to Kodansha hit Cells at Work! Each chapter ends with photos of the real animals featured in the story. 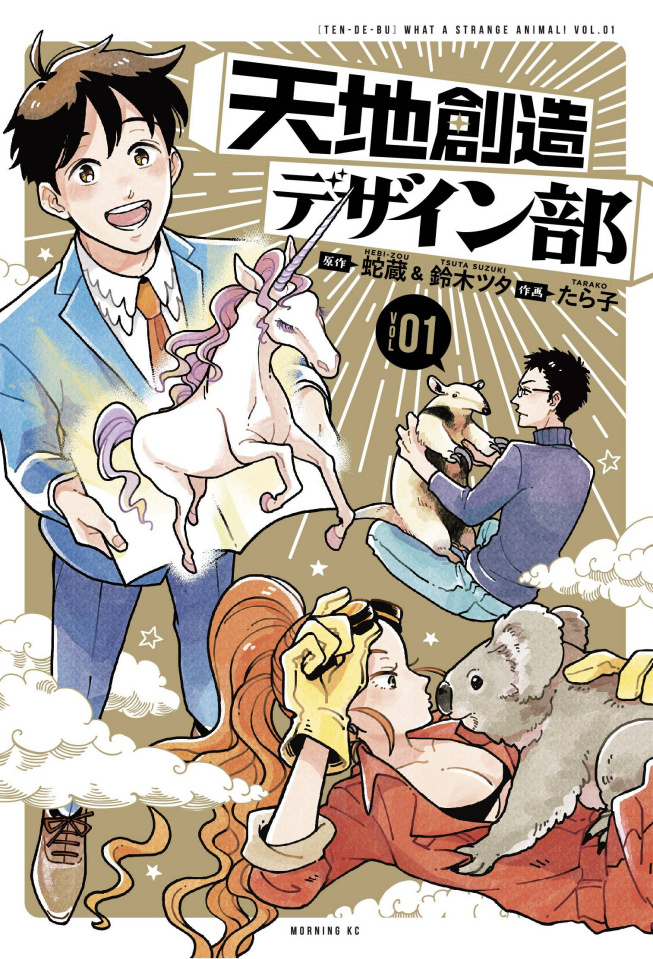