It Rhymes With Lust

This "picture novel" has been called comics' first graphic novel. This also has the distinction of being the first comic book work by writer Arnold Drake of Deadman fame. The story is very much in the pot-boiler/noir genre featuring Hal Weber, onetime crusading journalist, who is summoned to Copper City by his old flame Rust after the death of her husband, mining magnate and political heavyweight Arthur "Buck" Masson. As editor of The Express, a newspaper with an anti-Masson stance secretly owned by Rust, Hal is drawn back to her even as he falls for her stepdaughter Audrey. 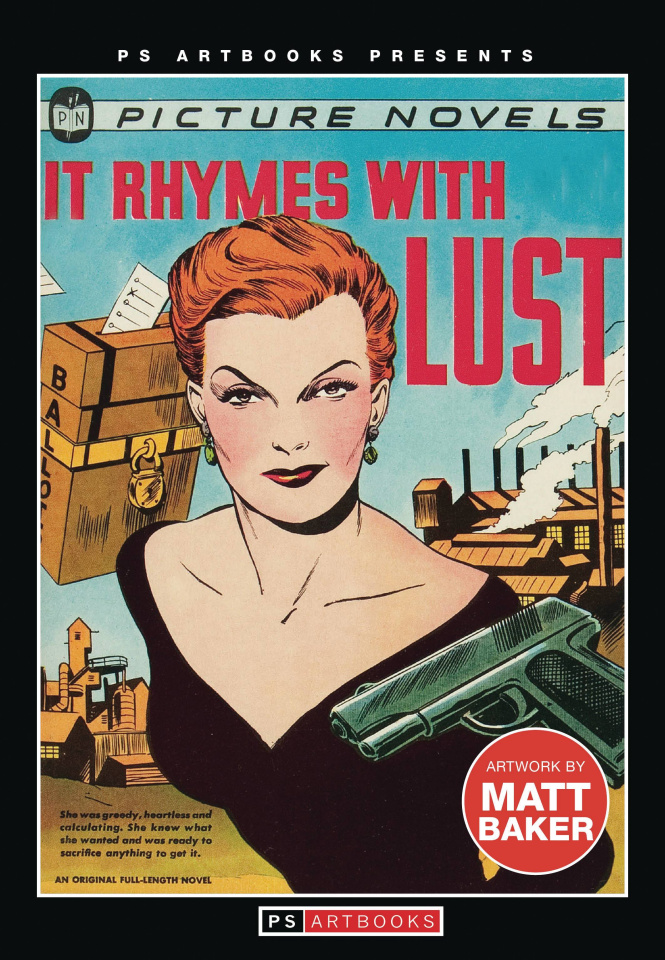