The repercussions of Kidow's tragic past continue to upset the present. Despite the arrangements made by Qasim, Lygi refuses to go to a school at E-01. As for Hadi, dismissed from the army for not having killed a patient turned cagaster, he knows that strange troop movements are at work and that a strange incident occurred in the sector where Ilie comes from. He will have to contact Kidow to clear up this matter... Cagaster is a thrilling shonen adventure into a strange apocalyptic universe, somewhere between Mad Max and Attack on Titan. It has been adapted into an Anime series called Cagaster of an Insect Cage by Gonzo Animation, streaming now on Netflix! 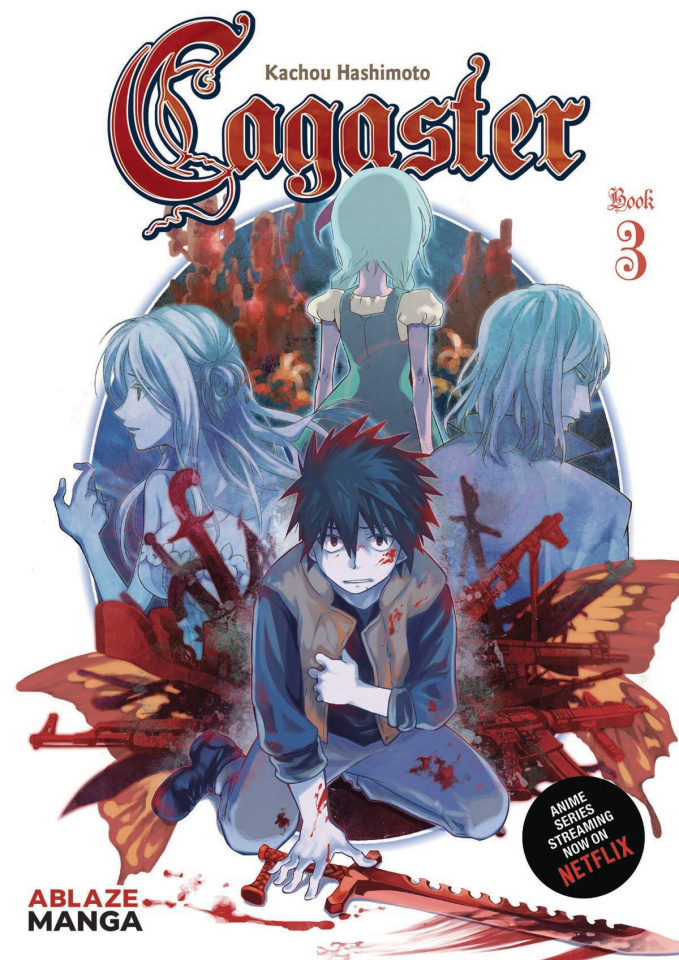