The Mighty Morphin Power Rangers and the all-new Omega Rangers have joined forces, but even the shocking return of The Ranger Slayer may not be enough to defeat Dayne, Kiya and the full power of the Anointed!

It's final fight for the fate of the Power Rangers as friends new and old join forces against their greatest enemy yet! New York Times bestselling author Ryan Parrott and artist Daniele Di Nicuolo conclude the epic Power Rangers: Necessary Evil event with a final page shocker no Power Rangers fan can afford to miss. 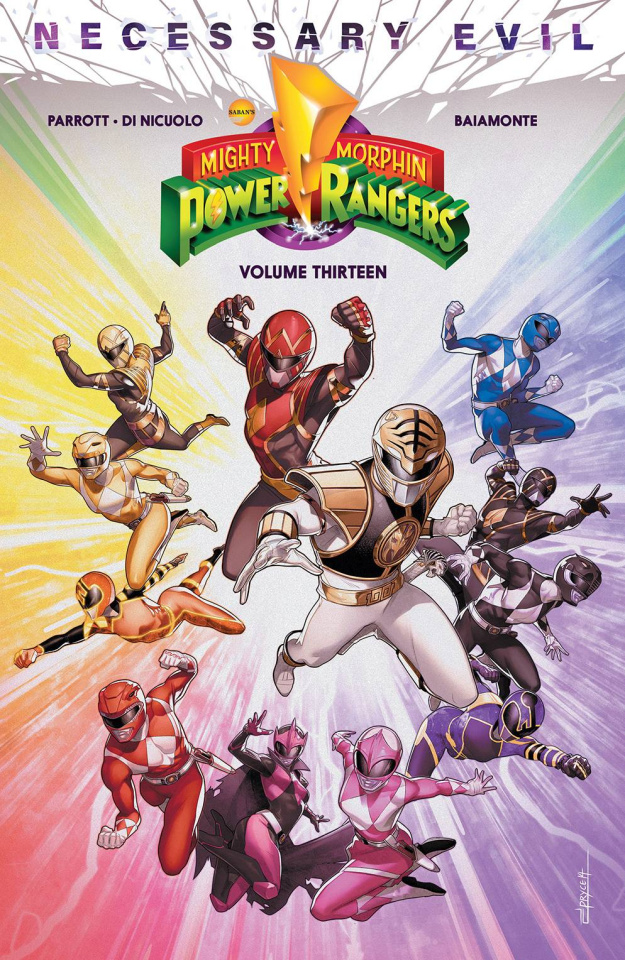