The eruption of a violent robot revolution threatens all biological life! As Earth teeters on the precipice of extinction, there's only one man with enough tactical skill, killer instinct and ruthless leadership to lead the counterattack: War Machine! Join him and his elite paramilitary Force Works squad - U.S.Agent, Mockingbird and Quake - in a final crusade for humanity's fate! Plus: In the midst of the A.I. uprising, Machine Man is torn about his place in the world. As the battle rages around him, will Aaron Stack aid mankind's fleshy fight for survival - or join his robot brethren in ushering a new age? Also featuring tales of suspense from the 2020 Iron Age, featuring Doctor Shapiro, Alkhema and more! 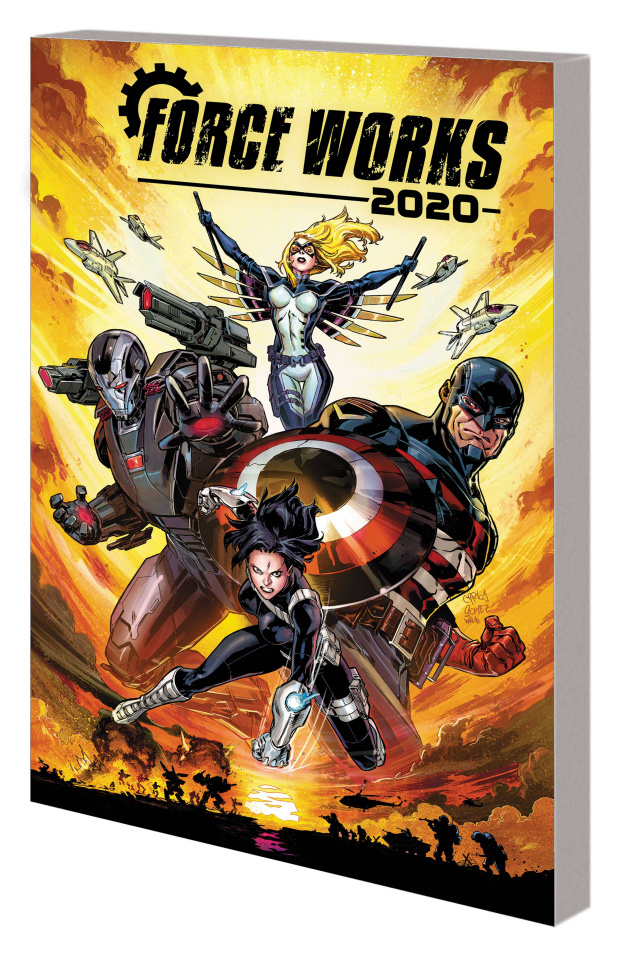