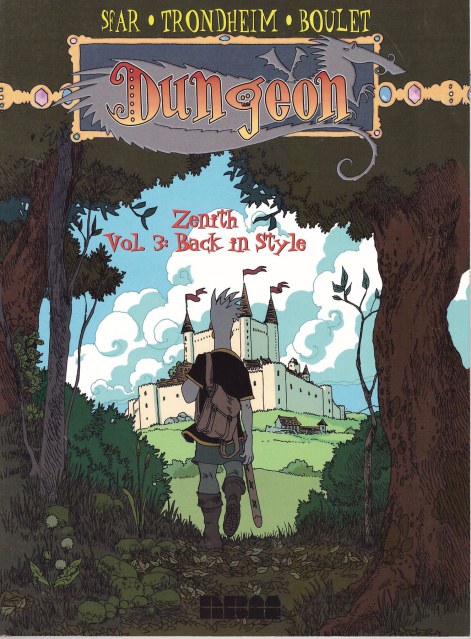 Dungeon: Zenith Vol. 3: Back in Style

Two stories continue the heyday of Dungeon, in the first, Isis is to be married to the Keeper but she wants Herbert! Besides, the whole affair promises to ruin the Dungeon completely. In the second, besides the continued Keeper financial mishaps, Herbert wishes to make his comeback to his hometown where his name is mud. He disguises himself with a potion that makes him the mask of death. Only one problem: if he laughs, he becomes himself again!