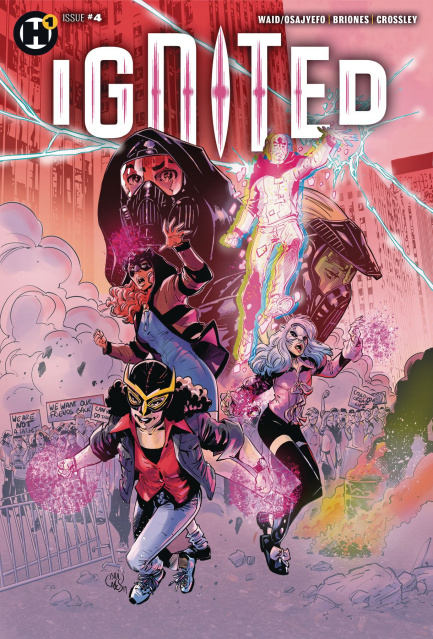 The lives of six teenagers are changed forever when tragic chaos ensues in their high school. Now the power to restore order is literally in their hands. We left our heroes in shock as they learned that a pro-gun rally was going to take place at their school: dozens of armed protesters ready to support Principal Romero's decision to allow weapons in Phoenix High. But @viral, @wave, @paperdoll and @mashup aren't going to let them spread their message without a fight! Meanwhile, Anouk feels she has a role to play in all this... But which one?