The long-awaited conclusion to the gore and lust-filled Widow spin-off series is finally here! One by one they have fallen, victims of the ravenous appetites of the spider-like, cannibalistic monstrosities, and now in the shocking, mini-series conclusion, CPO Israel Thorne and the shipwrecked Katy will make their last stand against the horde of monstrous spider-creatures that inhabit the island on which they are stranded. Their only hope for survival lies in the hands of the beautiful triplets, Rain, Pretty, and Blue. But will the trio's uncontrollable urges to transform into arachnid beasts and feast on human flesh spell ultimate doom for Thorne and Katy? Featuring interior art by horror superstar Roy Allan Martinez (Eternal Thirst of Dracula, Zorro: Swords of Hell), this shocking tale is for mature readers only, and features nudity, gore, and more hideous spider-creatures than you've ever seen! Widow Progeny #3 is available in two covers - Main and Psycho '70s by Karl Moline. 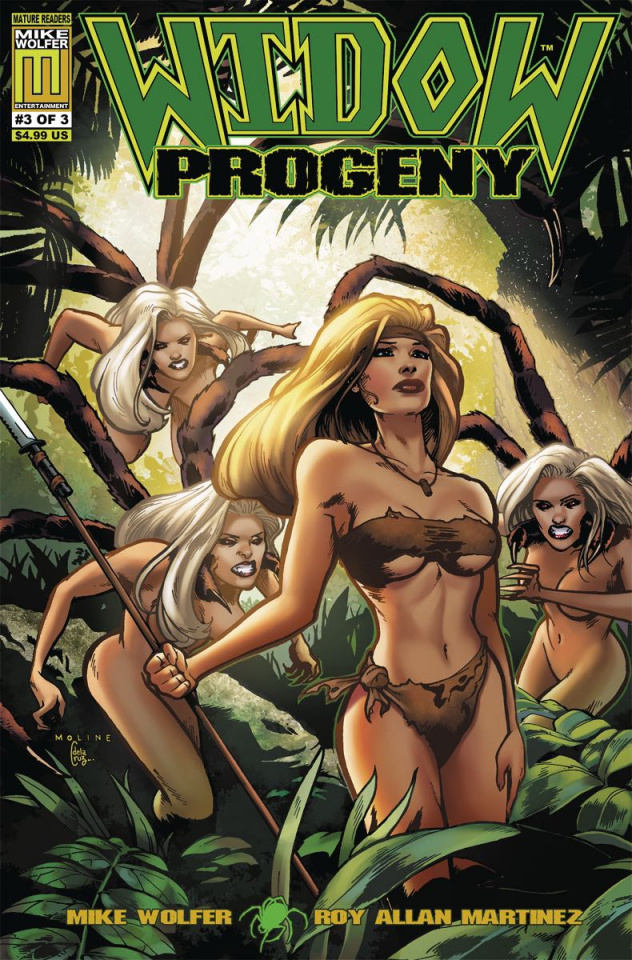