Step once more inside the Tomb of Dracula for more superior supernatural stories of the Seventies! First, the debut of Hannibal King - a detective with a vampiric secret! Then, Dracula is drawn into a struggle to control the powerful statue of the Chimera! Flash back to Dracula's first meeting with Blade the Vampire Hunter - and when Quincy Harker learns that the Lord of Darkness still lives, it's time for a savage showdown that explores their full bitter rivalry! But who else has targeted Dracula? As the saga unfolds, it draws in Rachel Van Helsing, Frank Drake...and Brother Voodoo! Plus, a New York policeman's world is transformed by Dracula! And the Devil's Heart, and many more terrors, await across the centuries in tales from the vampire's past! 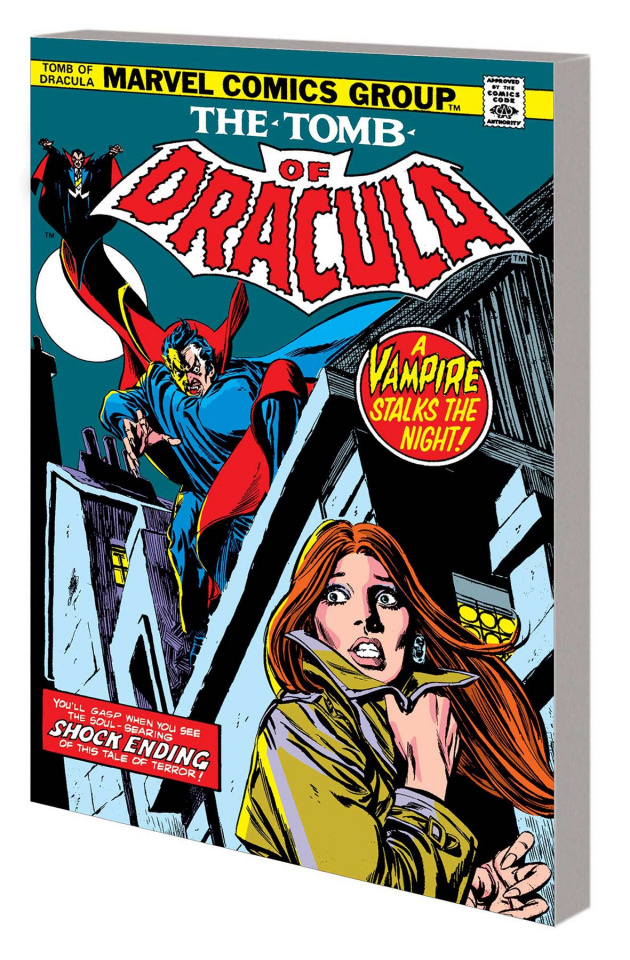