Can the Joes rescue Sean Collins a.k.a. Snake Eyes from the nefarious clutches of Cobra before it's too late? The battle call has sounded, and it's all hands on deck for both G.I. JOE and Cobra as living legend Larry Hama and fan-favorite artist Robert Atkins continue their massive 10-issue event... featuring EVERY SINGLE MEMBER OF G.I. JOE!

The third chapter of the 10-issue mega-event "SNAKE HUNT"!

Will feature every living Joe from G.I. JOE: ARAH, including never-before-seen origins!

Cover B for issues #266-#270 will be 5 interlocking G.I. JOE: ARAH SERIES A realistic toy homages by artist Jamie Sullivan! 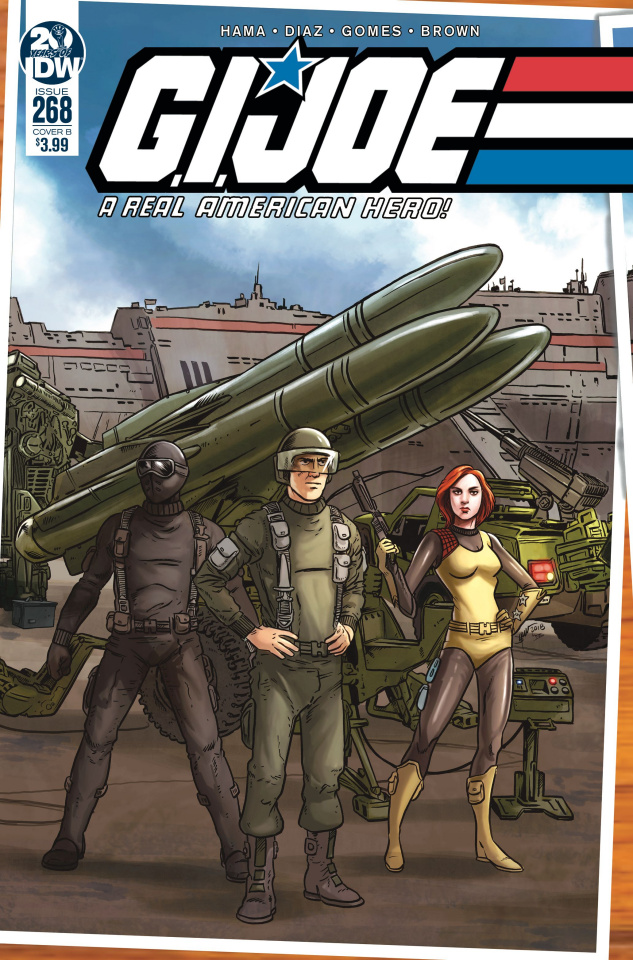