World War II Comix: Guadalcanal Had It All!

Like the Halls of Montezuma and the Shores of Tripoli, Guadalcanal will forever be a part of United States Marine Corps history and lore. On this rustic South Pacific island, Marines made the first invasion of lands seized by the Japanese in their initial sweep through the region. At stake was air superiority in a wide area of the South Pacific and beyond. The bloody six-month campaign ended with U. S. and Allied victory, but in the process thousands of lives and dozens of ships and planes on both sides were sacrificed. Comic book includes graphic history and continuation of the serialized graphic novel Separated By War. 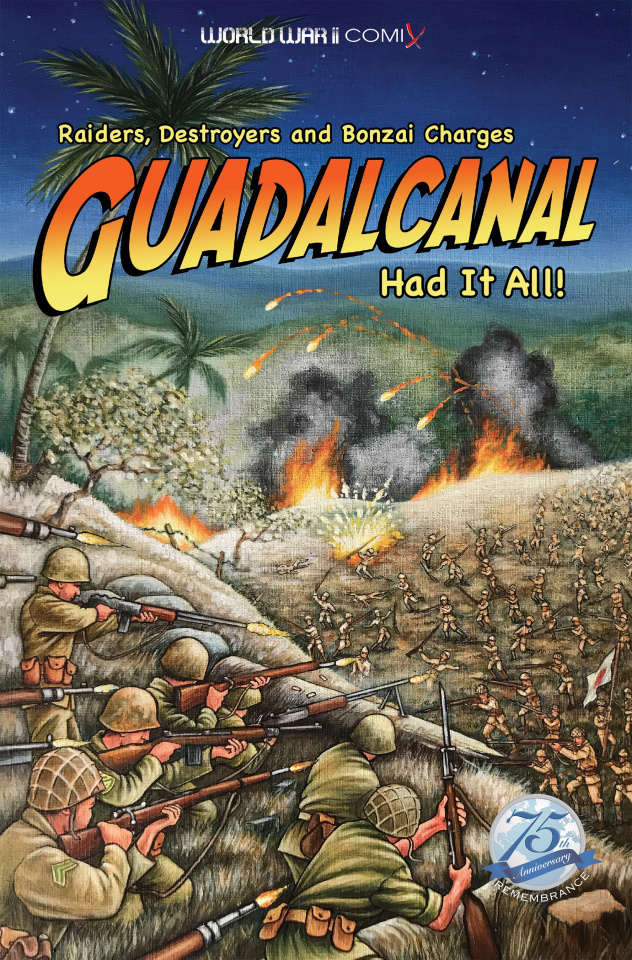