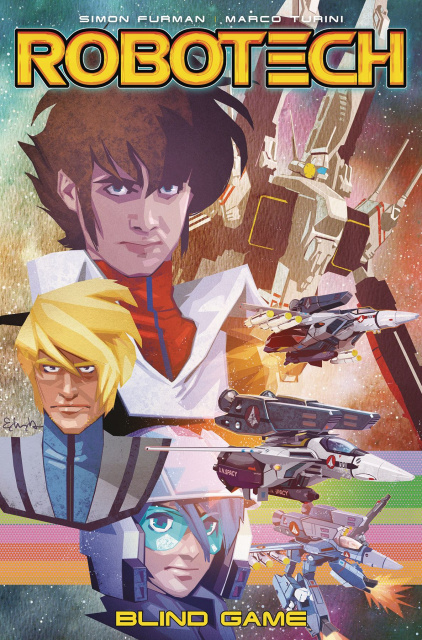 The hit comic series based on the world-famous, fan favorite animated epic continues with this third volume, featuring an all-new twist on the classic transforming-jetfighters-versus-giant-aliens adventure!

The war between the humans and the giant Zentraedi aliens gets more serious! Will there be more casualties? Collecting issues 9 to 12 of Titan Comics' smash hit series. Things get worse for the stranded humans as more Zentraedi aliens join the fight - including Azonia and Miriya. A message from Earth spells danger for the human crew and Rick's life is turned upside-down by a shocking development.