H.P. Lovecraft: He Who Wrote in the Darkness

For all readers and admirers of this genius of supernatural fiction, the hauntingly strange and surprising story of the life of H. P. Lovecraft, vividly presented in graphic novel form for the very first time. Lovecraft had an unusual childhood marked by tragedy. His traveling salesman father developed a mental disorder and, in 1893, became a patient at the Butler Hospital in Providence, Rhode Island, and there he remained until his death. A sickly child, Lovecraft became an avid reader. He loved the works of Edgar Allan Poe and developed a special interest in astronomy. As a teenager, he suffered a nervous breakdown and became a reclusive figure, choosing to stay up late studying and reading and writing and then sleeping late into the day. During this time, he managed to start publishing short stories his inimitable form of horror fiction. As mythical as one of his own creations, his innumerable readers see him as having been a rather strange figure from another world. Who really was this recluse from Providence? 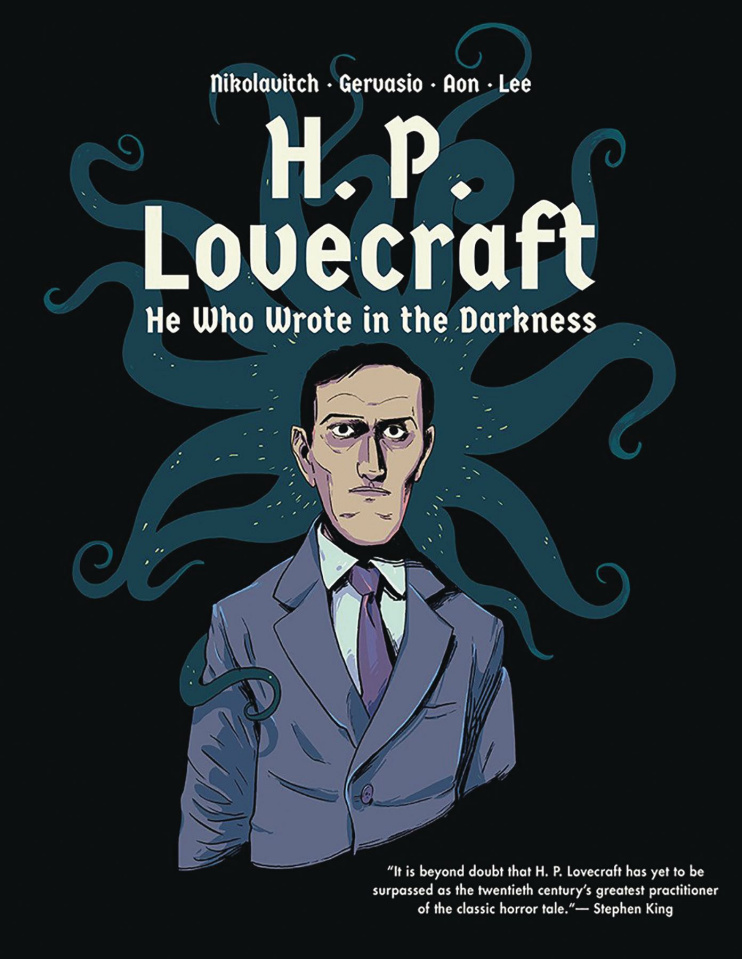