Shot All To Hell

Mark Lee Gardner's award-winning book Shot All to Hell follows Jesse James and his notorious gang of outlaws as they plan, carry out-and ultimately bungle-the most famous bank robbery in Western history. In September 1876, the James-Younger Gang forced their way into Northfield, Minnesota's First National Bank, only to find themselves in a deadly battle against a horde of heroic citizens intent on defending their town from the Missourian marauders. Featuring stunning artwork and an exciting, faithful-to-the-novel script from Nate Olson and Gardner himself, Shot All to Hell: The Graphic Novel offers comics fans a thrilling Western adventure featuring the most famous American outlaw of all time. 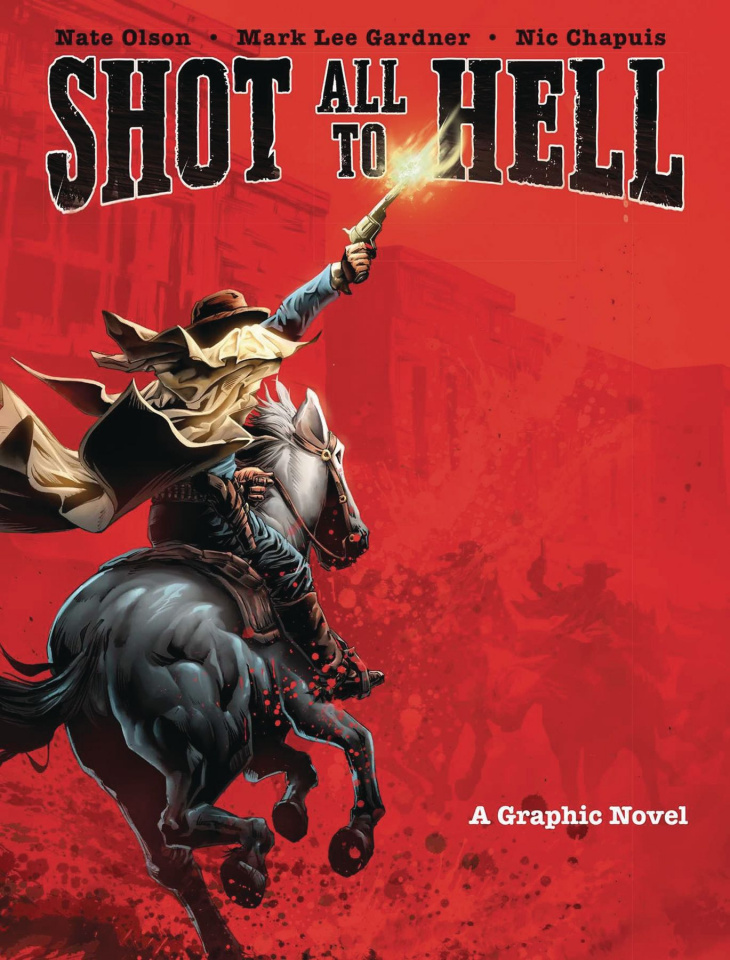