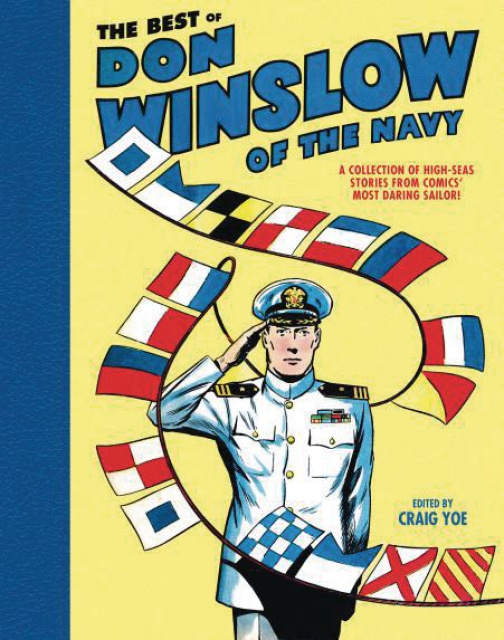 The Best of Don Winslow of the Navy Vol. 1

A collection of the best stories from the classic Fawcett run of Don Winslow of the Navy, one of the most popular comics running during and after World War II. Edited by Craig Yoe, the selected stories are digitally restored and contextualized with Craig's historical research and introduction. Preceding the full, colorful tales is a detailed introduction on the creation of the adventurous Don Winslow. The character served to foster recruitment, entertain Navy personnel and the public during World War II and beyond. Winslow fights the Axis and super villains like The Snake and the smoldering hot, but deadly, Singapore Sal.