The hit series collected! Maria Diaz is a US soldier returning from a tour of duty in Afghanistan to be reunited with her family. Her brother has fallen in with The Zavalas, a death-worshipping crime cartel led by the nefarious Mama Z. When they see the family celebrating, they believe they have ripped them off. Maria's family is murdered in cold blood.

She wakes out of a coma to find her family dead and gone. She seeks justice from the police, but she finds none. Daring the impossible, Maria chooses to avenge her family and send the Zavala's to hell, even at the cost of her own humanity. Collects La Muerta #1: Descent, La Muerta #1: Last Rites, and La Muerta #1: Vengeance. 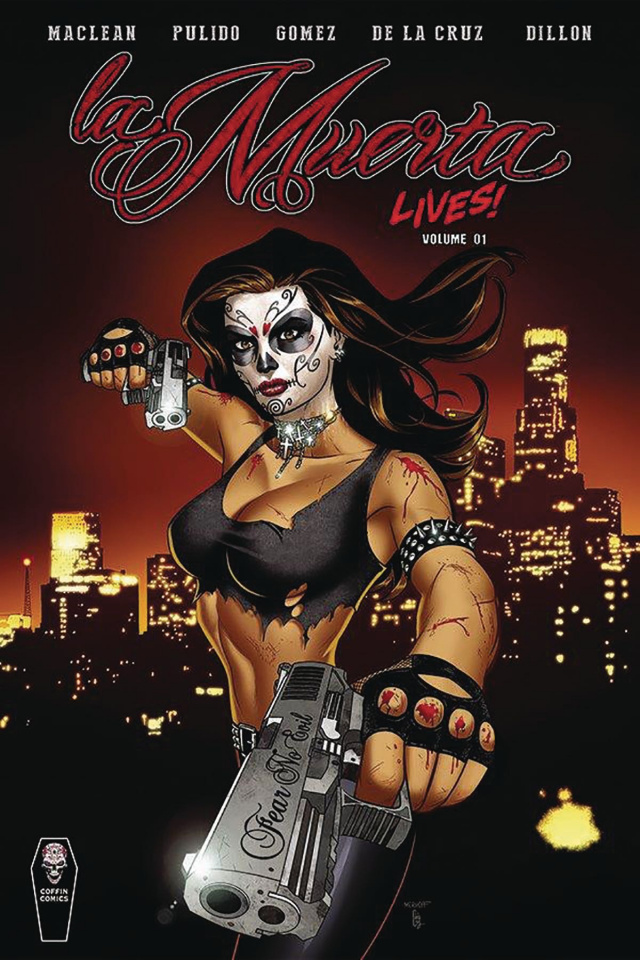