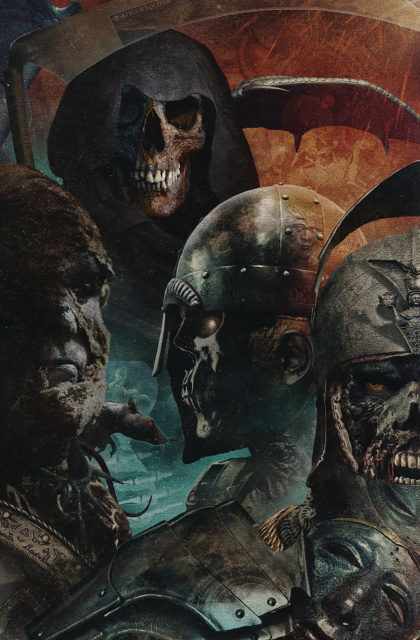 Pestilence: The Story of Satan #5

This is it! The final confrontation between Roderick Helms & his group and Satan! Will the former members of Fiat Lux be able to stop the Dark Lord and his Black Plague...or will Satan's demonic forces march upon the Earth forevermore?

Find out in our startling conclusion--and watch as a member of Roderick's team makes the ultimate sacrifice.

Written by the master of violence, gore, and mayhem, Frank Tieri (Harley Quinn, Marvel vs Capcom, Wolverine, Deadpool), with spectacular art from illustrator Oleg Okunev, and covers by Eisner Award-nominated artist Tim Bradstreet (The Punisher, Hellblazer) comes the series that HAD to be told at AfterShock Comics!

"The truth about the Crusades is finally told and you'd be dead wrong to miss it. Great characters and detailed art make this a must read." -Patrick Hayes of SciFiPulse