THAT WAS YESTERDAY starts here!

After the world-shaking arc-end in #12, a lot has changed for your favorite super-teens.

And a major villain from Runaways past is back in a way you won't be able to predict!

Plus! This issue has a variant cover by Ryan Sands, the actor who plays Geoffrey Wilder on the Marvel's Runaways television series, now streaming on Hulu! 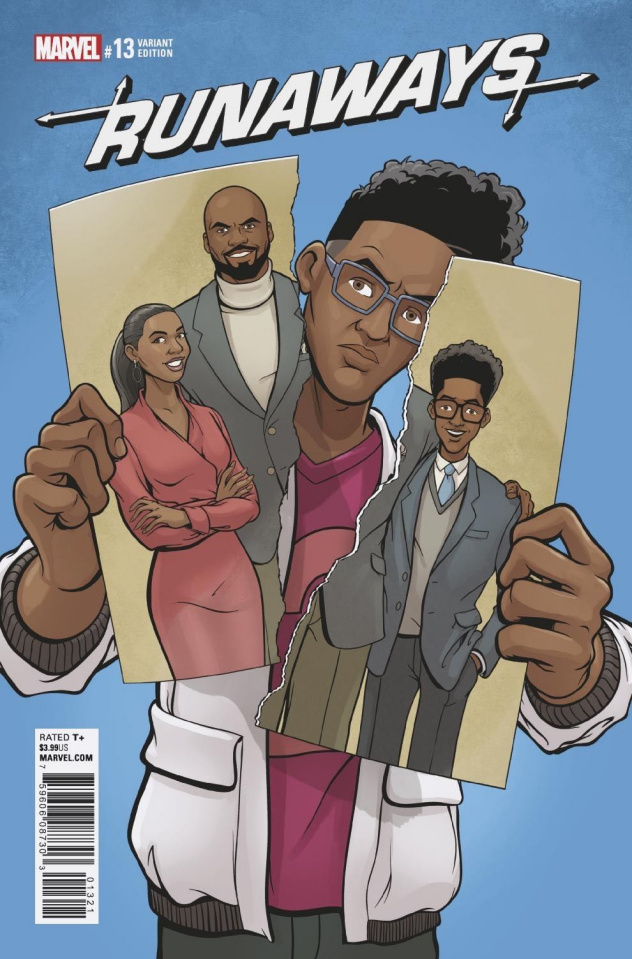