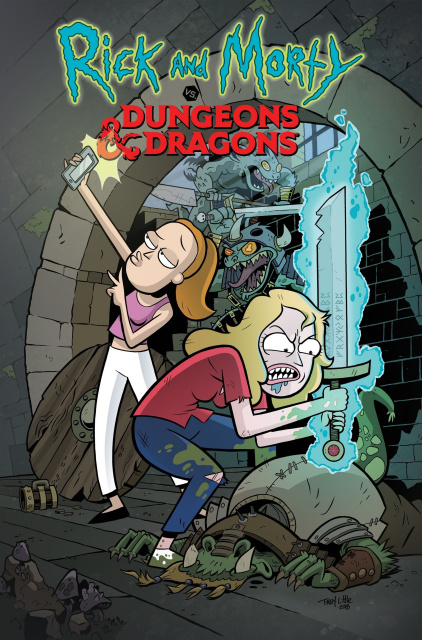 Death, dice, and diabolical plans! Rick Sanchez has been power gaming since the '70s, but this time he may have finally met his match-his family.

Presented in conjunction with ONI PRESS!