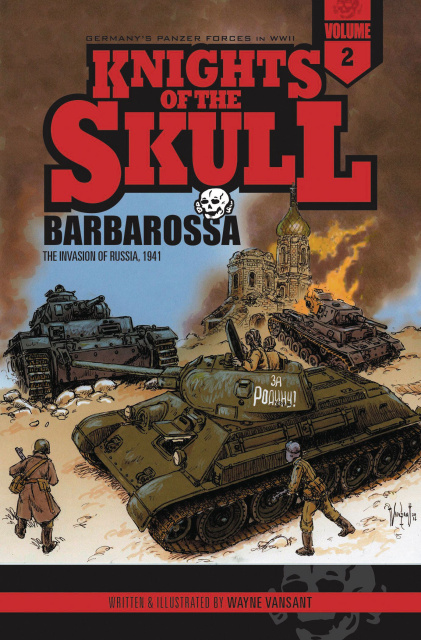 Knights of the Skull Vol. 2: Barbarossa - The Invasion of Russia

Volume 2 of Knights of the Skull begins with the April 1941 Balkans and Greece campaigns, then moves into the planning and early months of Operation Barbarossa, the German invasion of the Soviet Union in June 1941. With detailed, and historically accurate illustrations of vehicles, uniforms, locations, and characters, this vivid chronicle of the early years of World War II in Europe is not only an artistic look at the war, but is also a concise history of Germany's influential approach to armored warfare. Tactics developed and executed during Germany's 1939-41 campaigns changed warfare forever, and were honed throughout the remaining years of the war.