Knights of the Skull is a full-color, graphic non-fiction series chronicling the development of the German Panzer (armored) forces in World War II. Beginning with the early campaigns in 1939-41, this volume features the unleashing of Blitzkrieg in Poland in 1939, the incredible defeat of the western Allies in France in 1940, and then the legendary Gen. Erwin Rommel's initial North African campaigns in 1941. With detailed, and historically accurate illustrations of vehicles, uniforms, locations, and characters, this vivid chronicle of the early years of World War II in Europe is not only an artistic look at the war, but is also a history of Germany's influential approach to armored warfare. 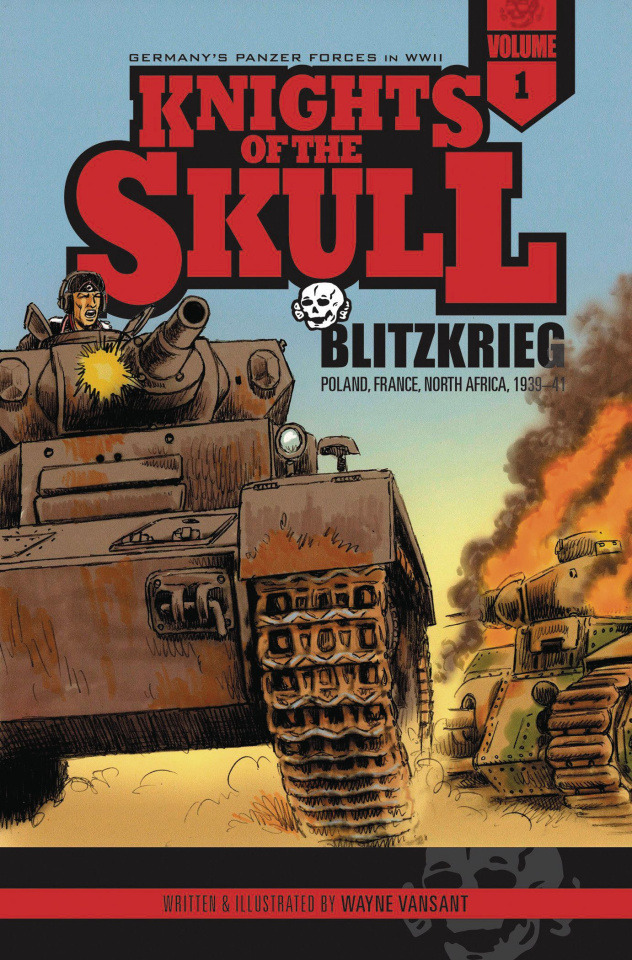