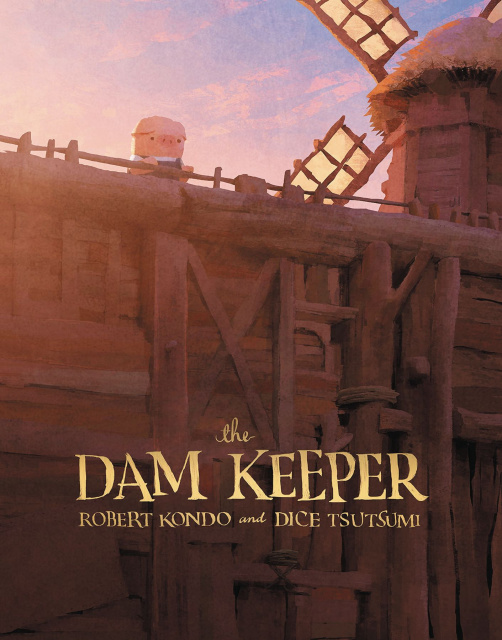 Based on the Oscar-nominated animated short film of the same name, The Dam Keeper is a lush, vibrantly drawn story about a young pig who is burdened with saving his village. Pig is the dam keeper: he maintains the ingenious machine that keeps the deadly black fog from invading his village. Pig's tireless efforts keep his neighbors safe, but few recognize his sacrifice; in fact, few seem to know he even exists. There's just his best (and only) friend Fox and the school bully Hippo. When an explicable natural occurrence causes a tidal wave of black fog to descend on the village, Pig, Fox, and Hippo must face the greatest danger imaginable: the world on the other side of the dam.