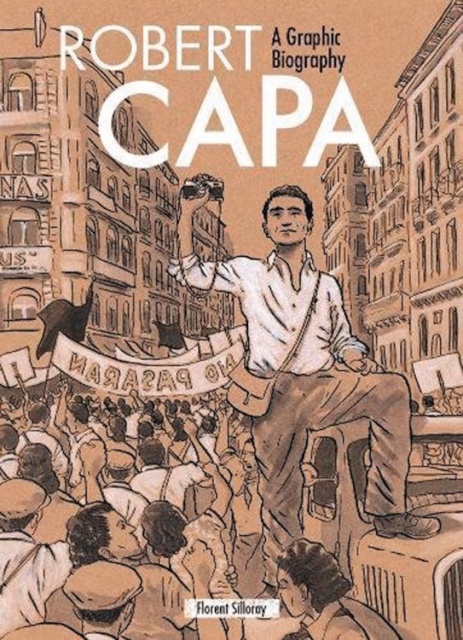 Robert Capa: A Graphic Biography is a brilliant portrayal of the career of the great war photographer who, at the time of his death in 1954, had only one wish: to be an unemployed war photographer. Born in 1913 in Budapest, Endre Friedmann studied journalism and political science and worked in a photo agency darkroom. In 1933, Friedmann went to Paris where he shared a darkroom with Henri Cartier-Bresson. Together they contrived the name and image "Robert Capa, famous American photographer." Capa made several trips to document the Spanish Civil War, and he went abroad with the US army to record Allied involvement in WWII, including D-Day on Omaha beach. Even now, it is his D-Day images that marked him as the world's greatest war photographer.