Flight of the Grizzly

Jessie is familiar with small seaplanes. After all, she was born in one eleven years ago, and her father makes his living flying them over the forests and lakes of Canada's Northwest Coast. She has been aboard on many flights but this one was different. It was a routine trip until an engine caught fire and Jessie's father was forced to ditch the plane in Petrel Channel. Soon they hear the sound of another seaplane, a "Norseman", which has come to the rescue. Everyone boards the plane but it's a tight squeeze. There is an extra, very large passenger: a grizzly bear. It is tranquilized at the moment but as the plane takes off and the bear begins to stir, the zoo director accompanying the animal admits that perhaps he didn't administer enough sedative! 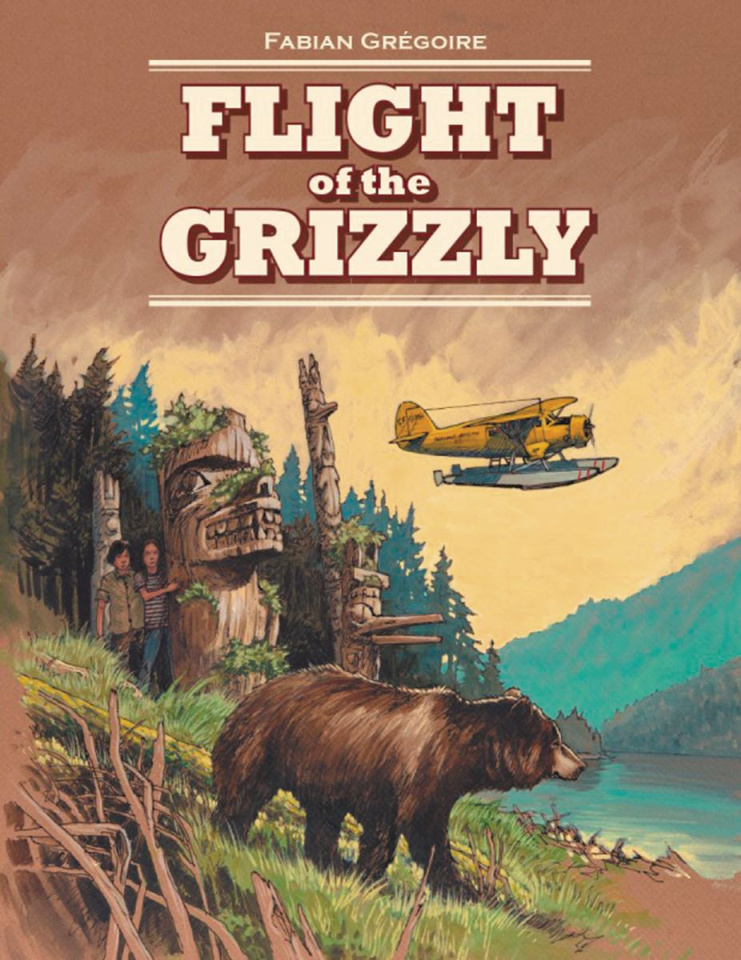