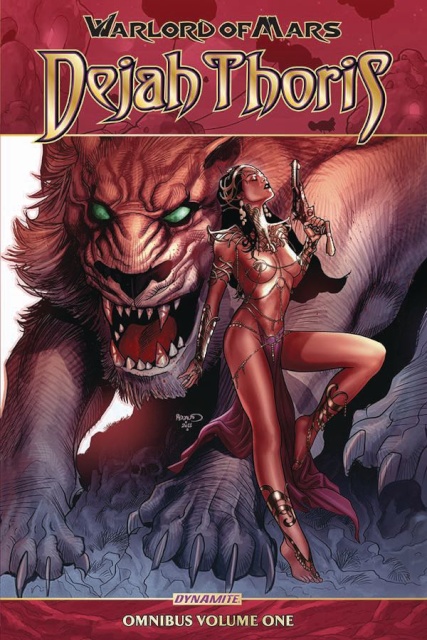 Dejah Thoris, the Martian heroine of Edgar Rice Burroughs' classic Barsoom novels, strikes out on her own, proving herself every bit as resourceful and daring as her famous human consort: John Carter, the Warlord of Mars! Thrill to her solo adventures in this massive Omnibus edition, collecting the first twenty issues of her ongoing comic book series!

Four hundred years before John Carter would arrive on the Red Planet, the long-lived Dejah Thoris must unite the forces of Greater and Lesser Helium, two warring city-states, to fend off the greatest threats ever to plague their lands: a rampaging colossus, pirate raiders, the dreaded Boora Witch, invading vampires from Saturn, and even more unspeakable menaces!