The Planet of the Apes / The Green Lantern

The Universal Ring wields the strength of the entire Lantern spectrum, making it too powerful for any one being. The Guardians had no choice but to erase it from the Book of Oa and hide it within another universe...on the Planet of the Apes.

When Cornelius unearths this ring, Hal Jordan and the Green Lanterns will have to outrun Sinestro, who is bent on claiming the ring for himself.

"...use[s] the solid groundwork of the original film as well as the sprawling science fiction of the Lantern titles to deliver a story that delivers the best of both worlds without being fenced in by them." -Newsarama 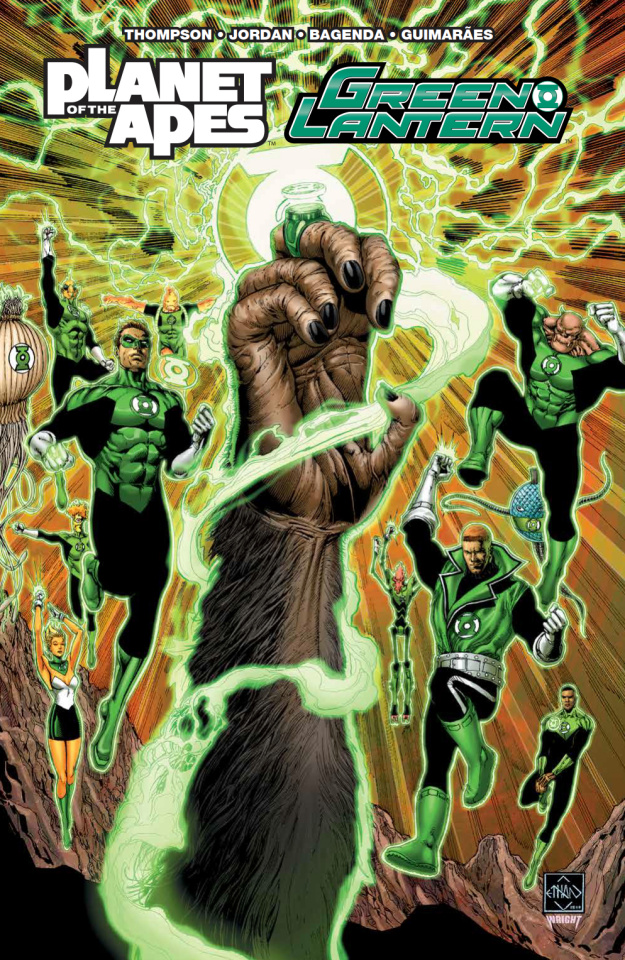 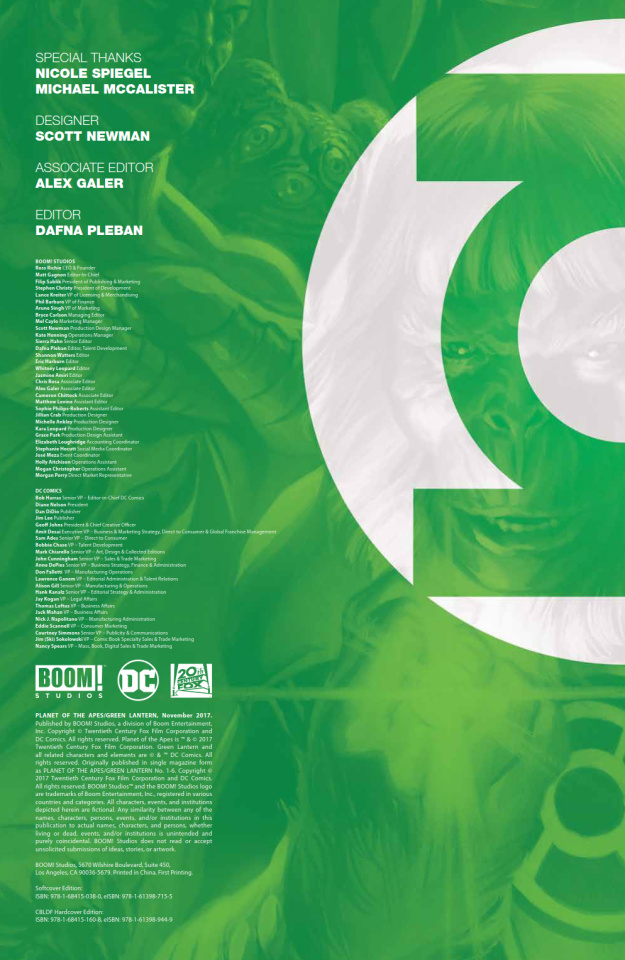 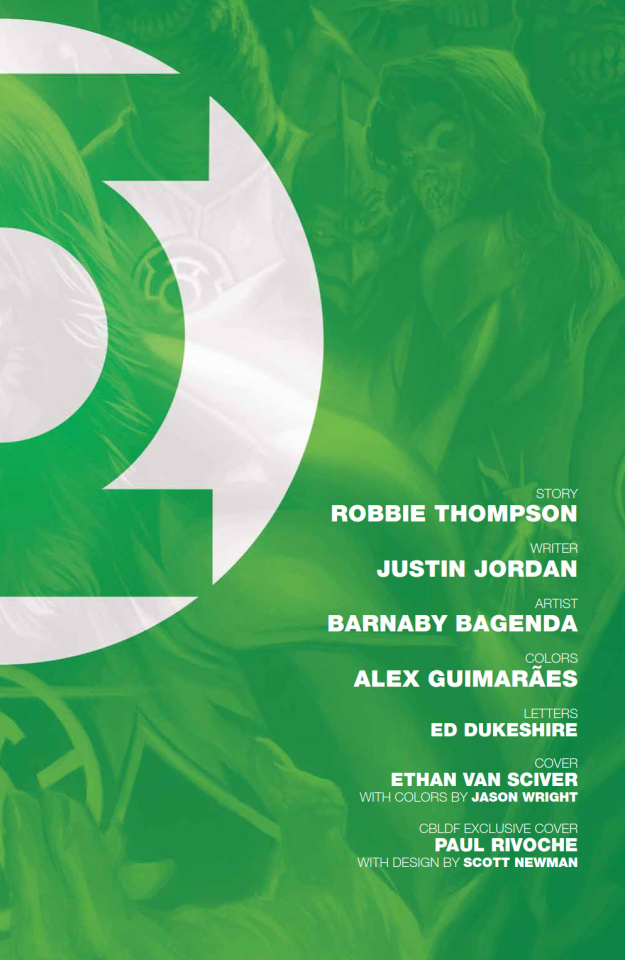 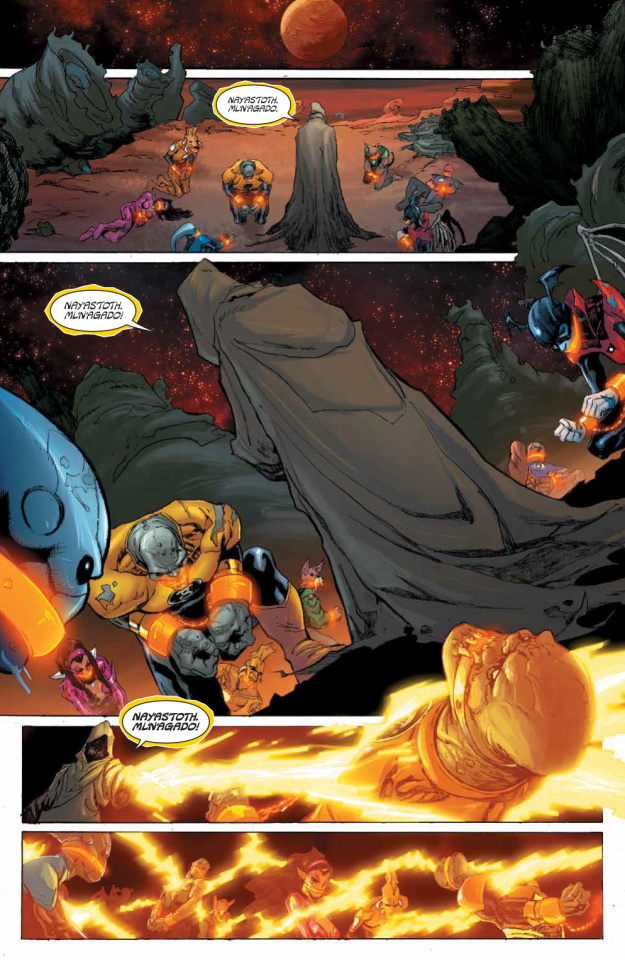 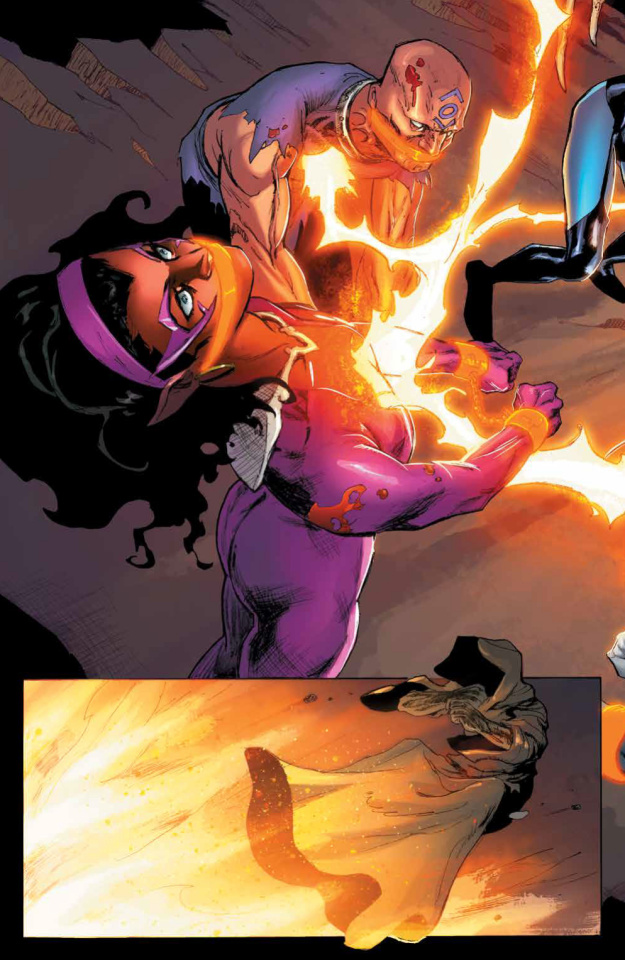 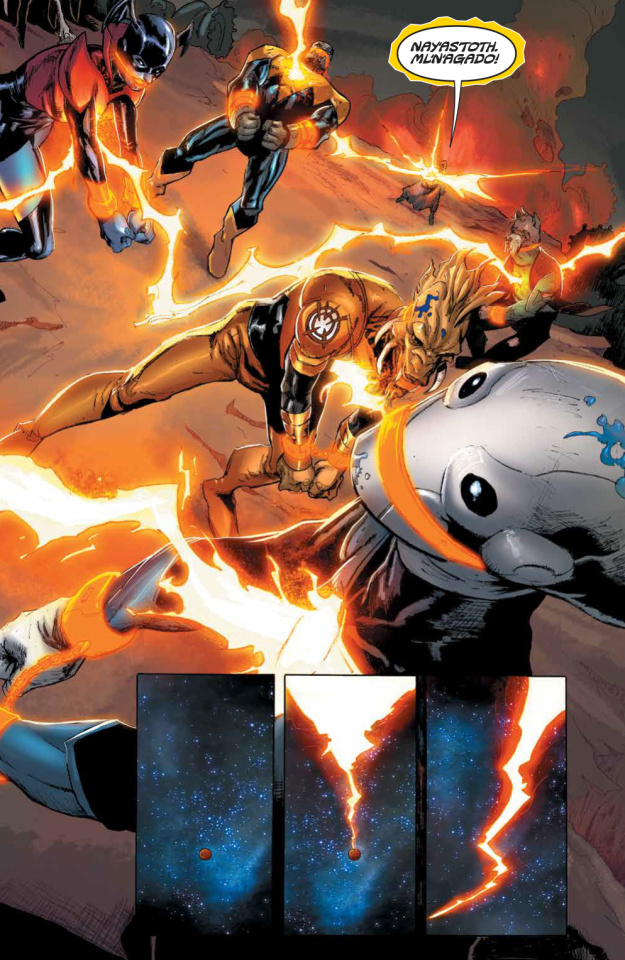 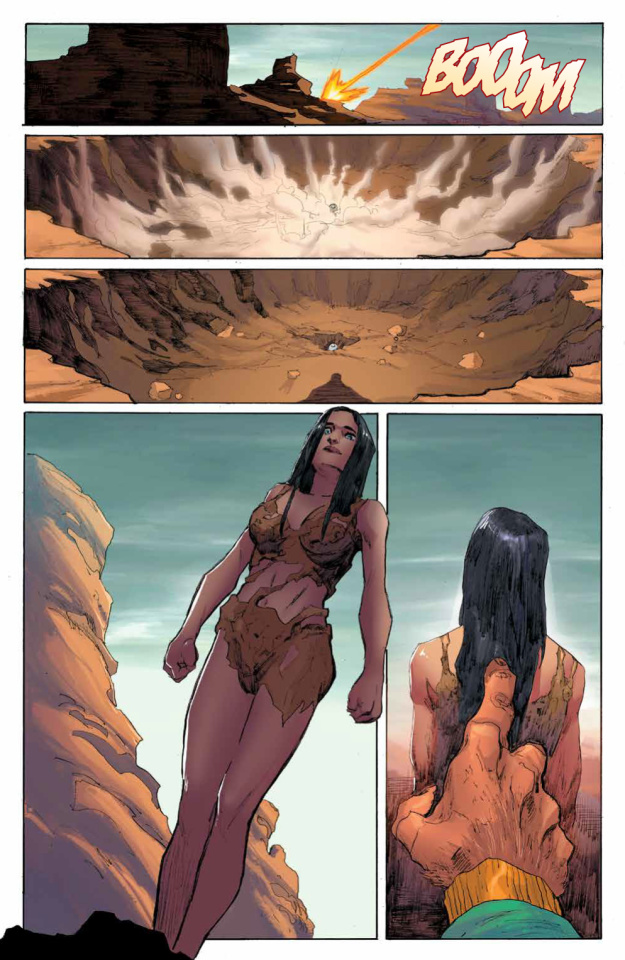 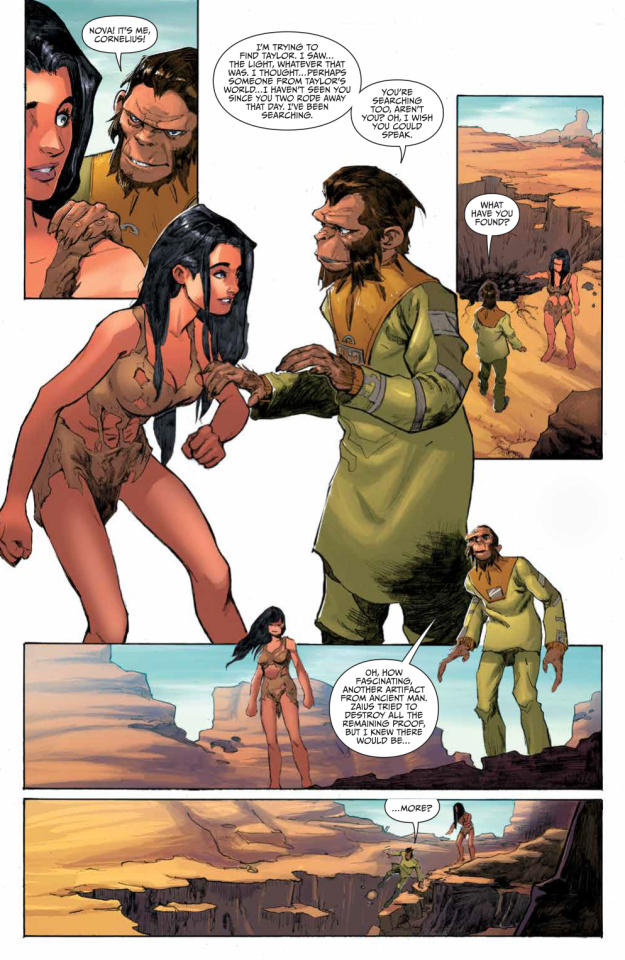 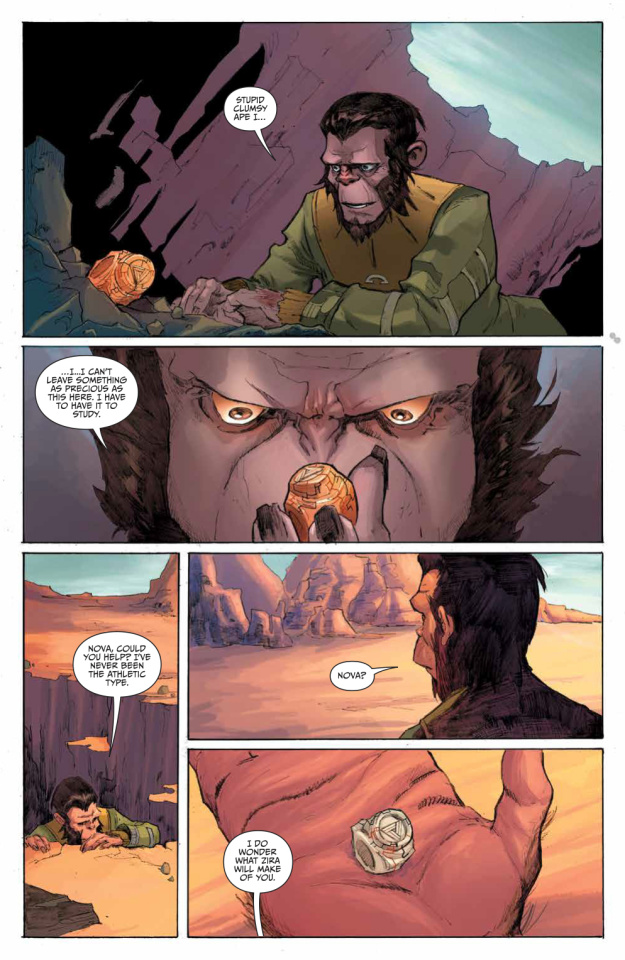 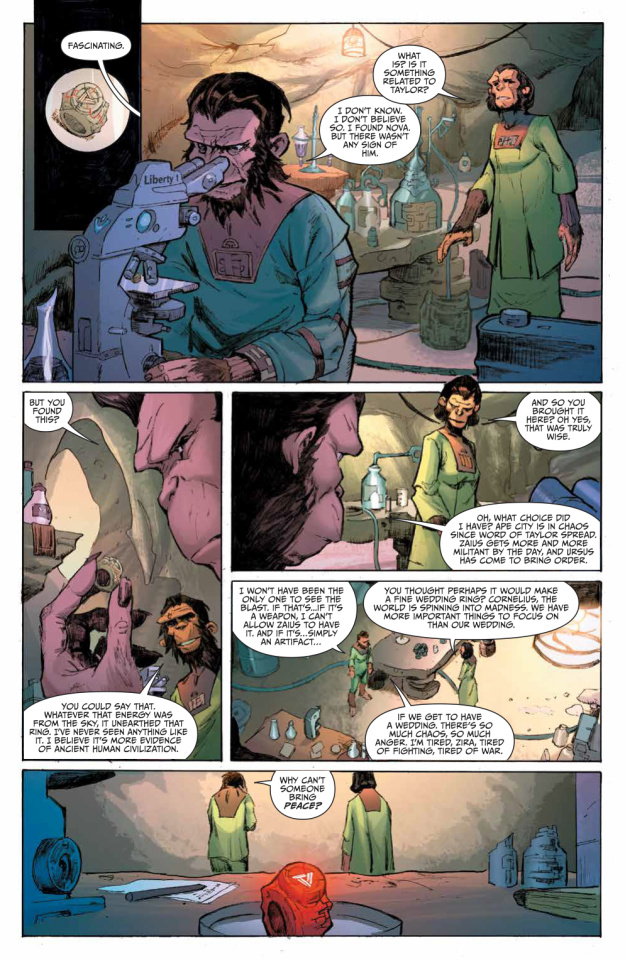 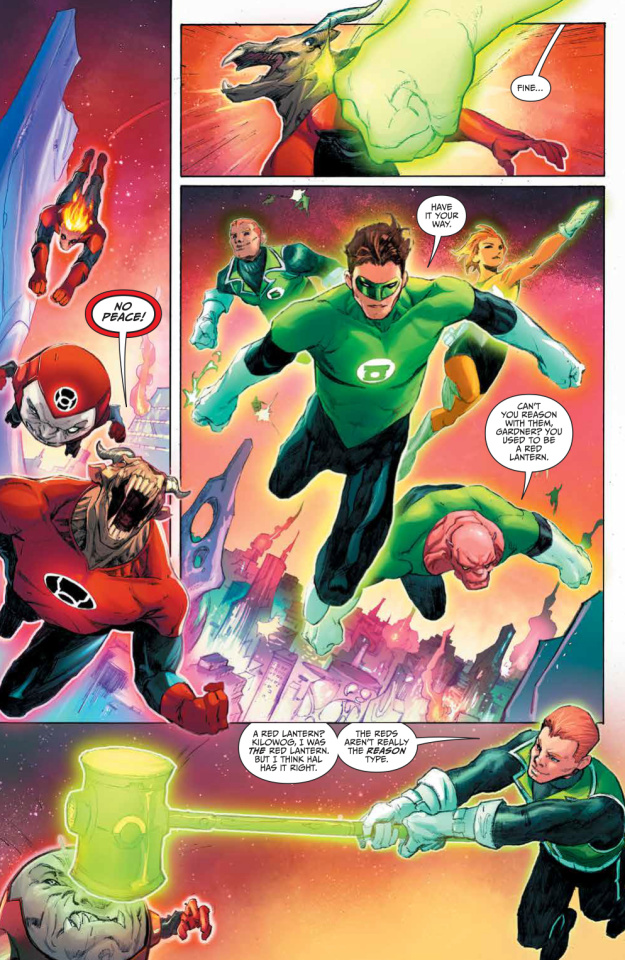 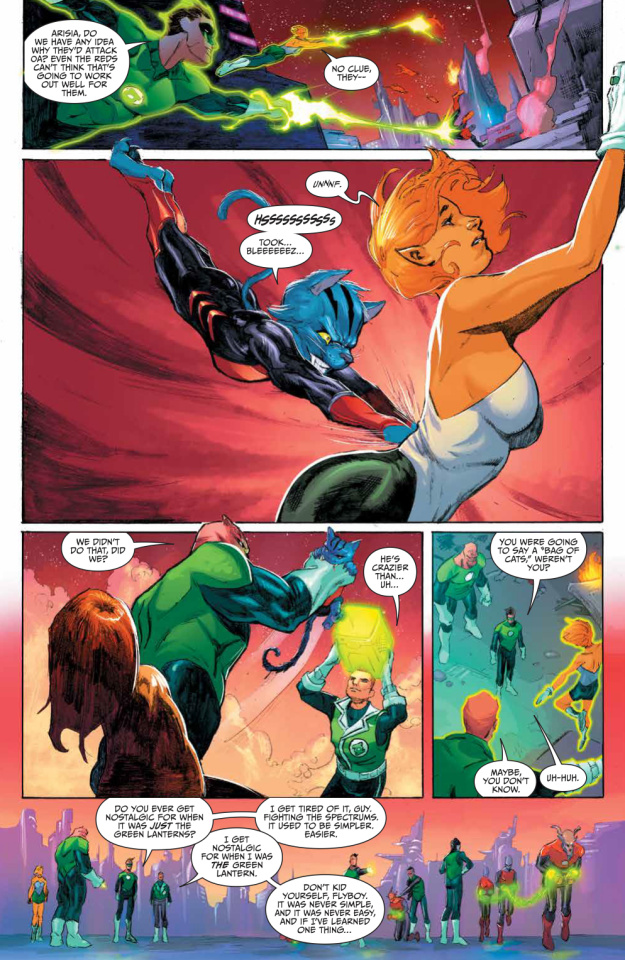 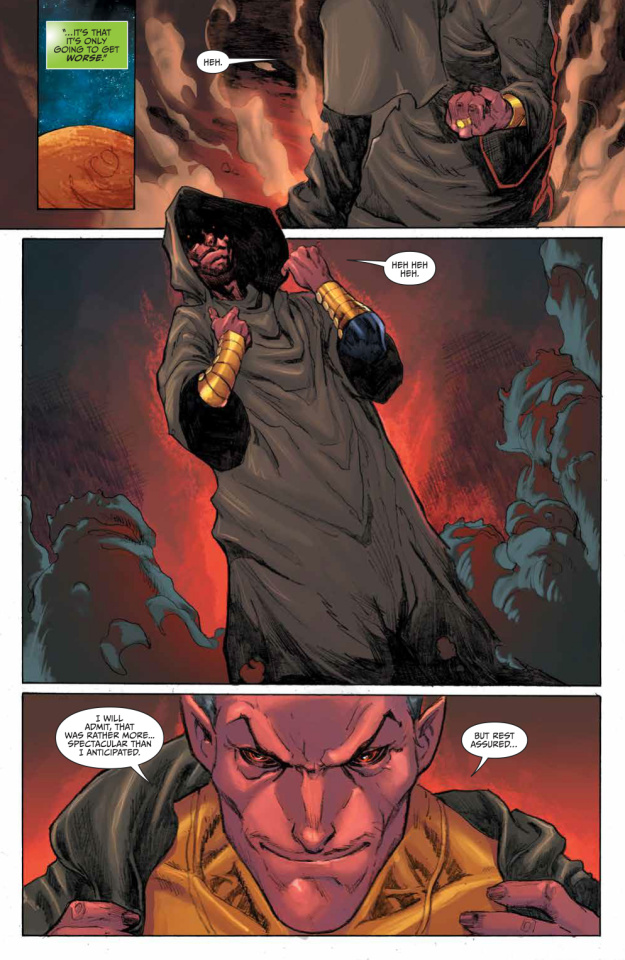 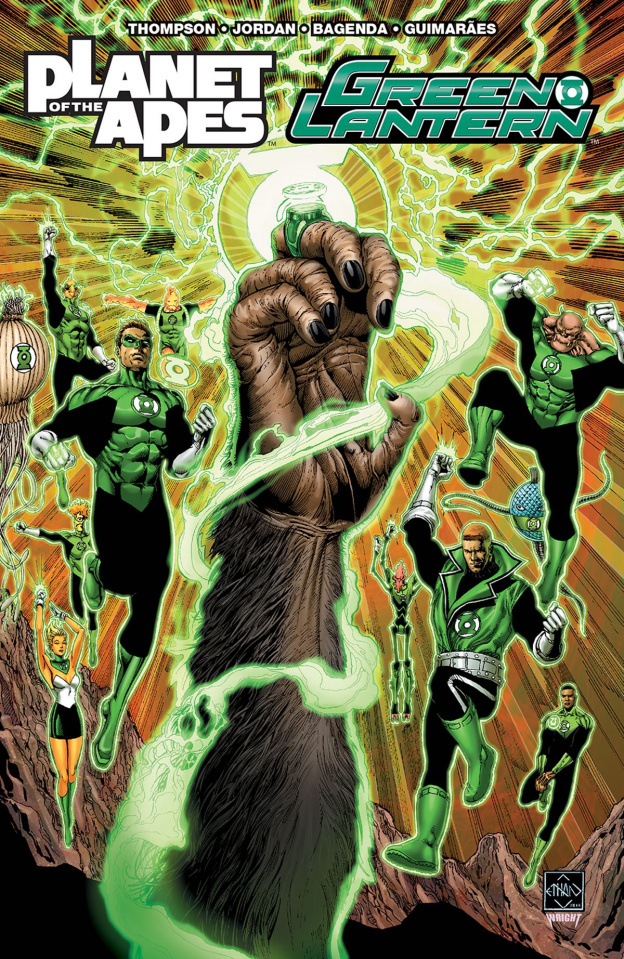