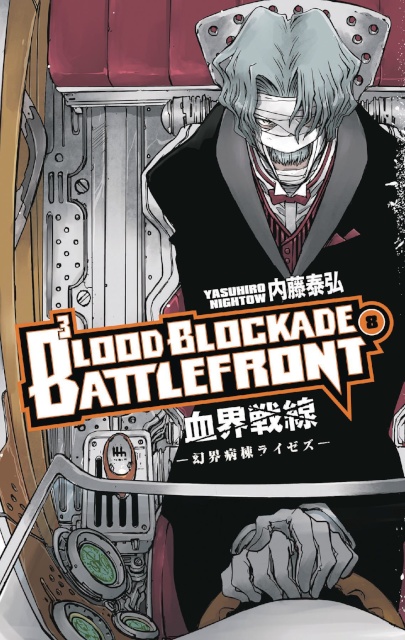 The agents of Libra need funding for their fight to preserve order in Hellsalem's Lot. A wealthy sheik invites Libra to dine on the exotic fusion cuisine of Earth and the Beyond, but impending danger could spell Libra's doom-if the food doesn't kill them first!

o From Yasuhiro Nightow, creator of Trigun and Gungrave! (if not used as a headline, must be used as a bullet point)

o the original Blood Blocklade Battefront anime series now available on DVD and for streaming on iTunes, Amazon, and Hulu!