Legacy: An Off-Color Novella For You To Color

An amoral investment banker named Vincent receives an inheritance promising immortality. It also attracts a flame-retardant stripper, a ruthless stalker, and a horde of other aspiring immortals dead set and bloodthirsty in their desire to separate Vincent from his destiny. This biting riches-to-rags novella, which only the author of Fight Club and Beautiful You could deliver, is presented as a deluxe hardcover coloring book, beautifully illustrated by Mike Norton (Battlepug, B.P.R.D. Hell on Earth), and Steve Morris (Buffy the Vampire Slayer) who worked with Palahniuk on his 2016 release Bait: Off-Color Stories for You to Color.

"Not content with displaying the underbelly of modern American society in projects like Fight Club, Survivor and Choke, author Chuck Palahniuk has turned his attention to an unexpected new medium: the coloring book." -The Hollywood Reporter 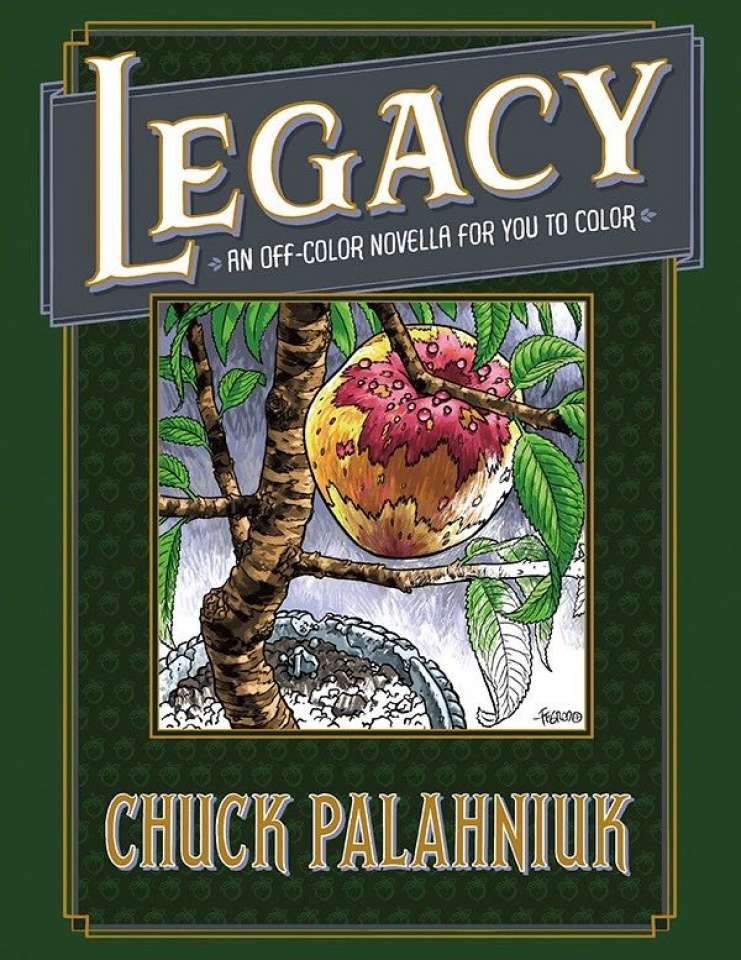