A layover on a remote island drops Hellboy into a web of intrigue involving government secrets and foreign agents waging their own cold war over a weapon that might be right up the BPRD's alley. In England Bruttenholm uncovers more secrets, indicating a worldwide supernatural conflict about to boil over.

"The art by Brian Churilla was a real shining star. Not only because of his ability to use artistic metaphors, but in his ability to capture Hellboy in his art." -Bounding into Comics 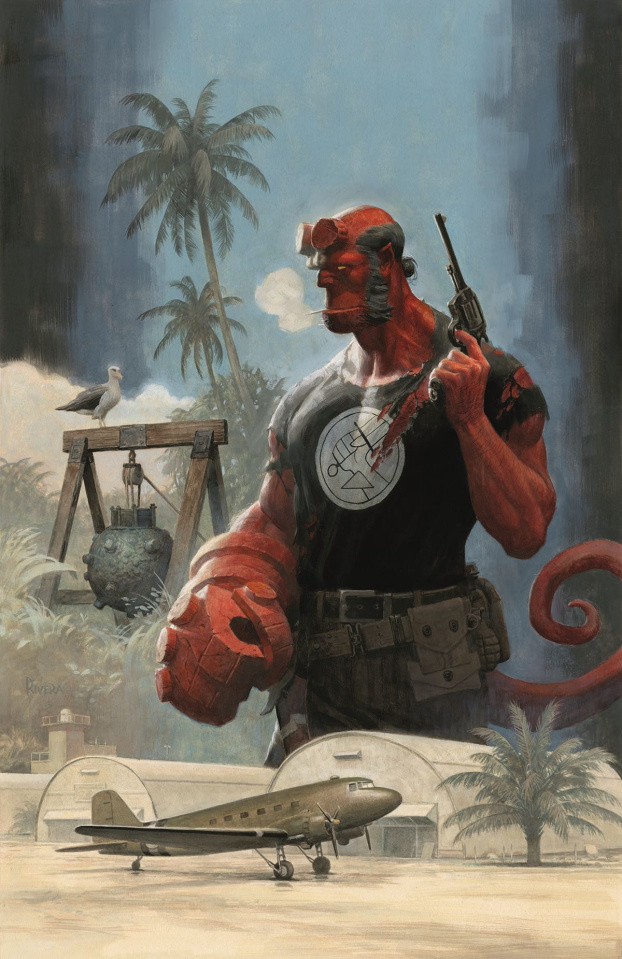