Howard Lovecraft's family has been imprisoned on a far-flung alien planet, Spot hopelessly captured, and he is slowly becoming a mindless Fishman. Accompanied by his insane father and a librarian, they must face the all-powerful ruler of the Outer Gods, a revengeful old enemy, an army of deadly monsters, and a lethal world called Yuggoth, to save the day. This is an all new story in the Howard Lovecraft trilogy and be sure to see the animated films starring Ron Perlman, Christopher Plummer, Jane Curtin, Jeffrey Combs, Doug Bradley and Mark Hamill! 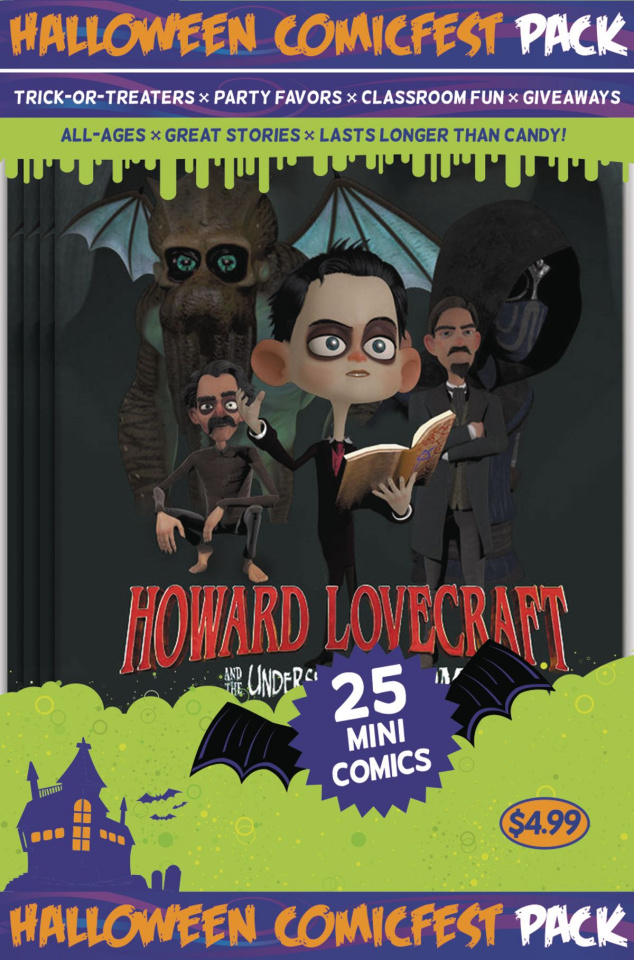