Evil Dead 2: Revenge of the Martians

First the Evil Dead came for Hitler, then Dracula, and now they're after H.G. Wells' infamous Martians in this destined-to-be-classic mash-up of Ash and War of the Worlds! The Evil Dead 2 Universe continues to expand with this all-new "Revenge Of" title by Ty Templeton (best known for his work on Batman '66). In a world where War of the Worlds actually happened and Ash is now an Uber driver, he gets in over his head when a Deadite invasion revives the long-dormant Martians. Kick some Martian, Ash! Ulla! 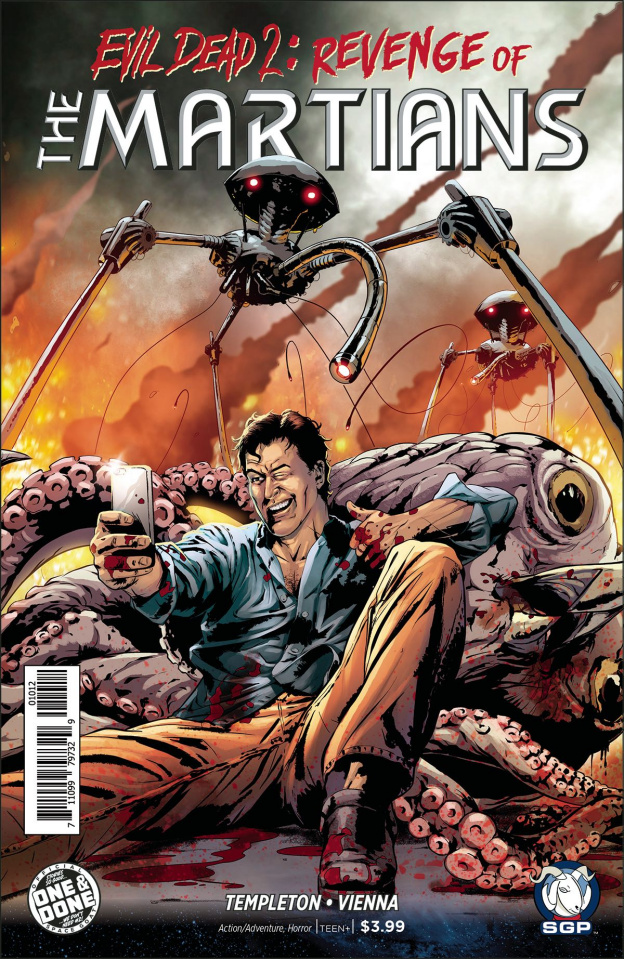