The first-ever collection of the hugely influential girls horror comic Misty, celebrated by godfather of British comics, Pat Mills, as the "Girls 2000 AD." This stand-alone collection contains the entire run of Misty's two most popular strips Moonchild and The Four Faces of Eve. Like her grandmother before her, Rosemary Black has discovered that she has the power to move things with her mind. While her mother forbids her to use her new found abilities, the actions of a school bully push Rosemary closer and closer towards temptation and revenge. Eve Marshall develops amnesia after an accident. Unable to remember anything about her past and haunted by nightmares involving the tragic deaths of three other girls, Eve sets out to discover the chilling truth of who - or what - she really is. 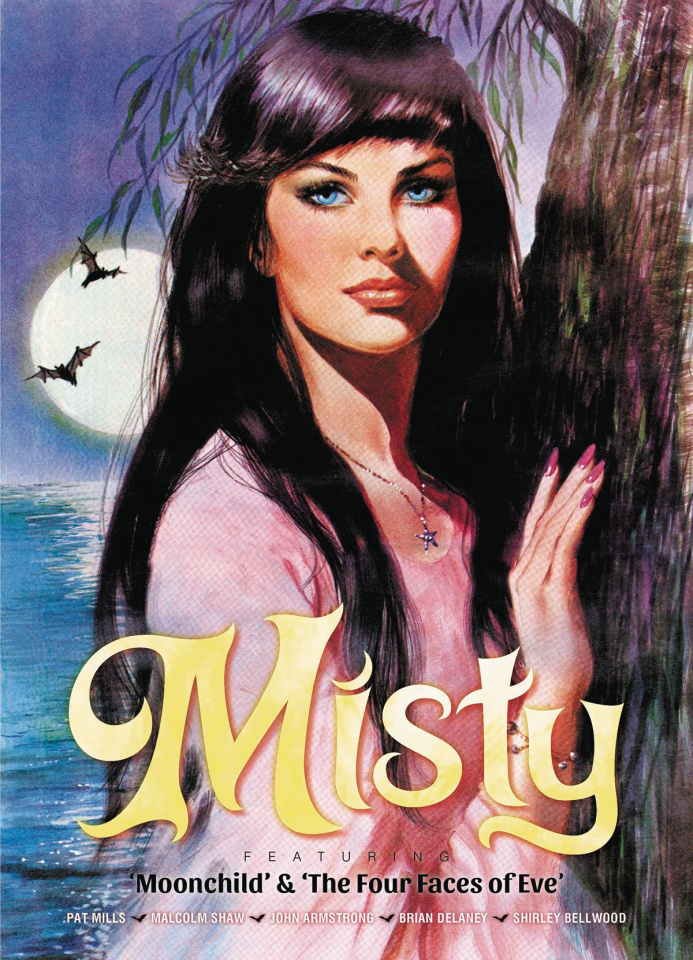