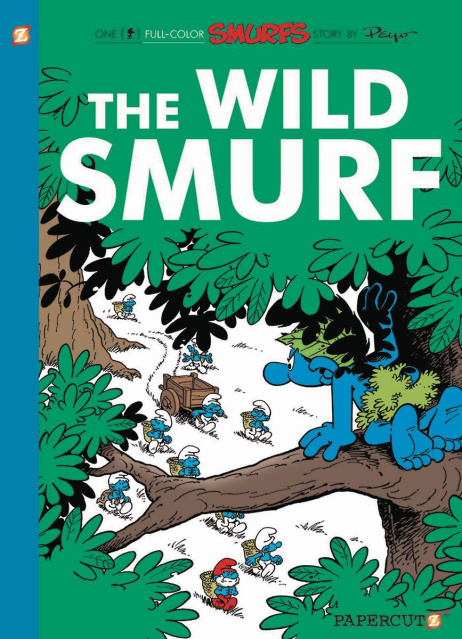 The Smurfs Vol. 21: The Wild Smurf

One of the most dramatic Smurfs adventures ever begins with the animals fleeing the forest because of a deadly forest fire. The Smurfs attempt to extinguish the fire, but after several attempts fail, Papa Smurf makes a selfless decision to blow up the Smurf Dam. It succeeds in putting out the fire, but destroys the Smurf Village and all of Farmer Smurf's crops! The Smurfs travel north to another part of the forest to procure food, but while they're away, their nemesis, Gargamel stumbles upon the wreckage of the Smurfs Village. As if that weren't bad enough, the Smurfs sense they are being watched - and they are! Not by Gargamel, but by the Wild Smurf, a Smurf that was once lost and raised in the forest. How do the Smurfs possibly survive losing their homes, and losing the security of knowing that Gargamel couldn't ever find their village before, while attempting to deal with a totally uncivilized Smurf?