Leaping from the pages of the DEVI/WITCHBLADE crossover event in January, Graphic is now re-releasing the hit series for a new generation of readers with an all-new backup story and new cover by acclaimed artist JENNY FRISON! From filmmaker, Shekhar Kapur (Elizabeth, Elizabeth: The Golden Age, The Four Feathers) comes DEVI, the warrior goddess of divine myth. Tara Mehta, an unsuspecting young woman in the futuristic city, Sitapur is the new Devi. Tara Mehta gets further embroiled into the mysterious underworld of Sitapur as forces align to pull her towards their own agenda. Will Tara survive or will she be torn apart by destiny? Devi is a story about a young woman battling for survival in a landscape of ancient legends, duty and fate. Where will she fall? Between the Divine and the Diabolical there is Devi. "Devi is the smartest and most imaginative comic on the subject of Goddess-hood since Alan Moore's Promethea." - ComicCritique.com 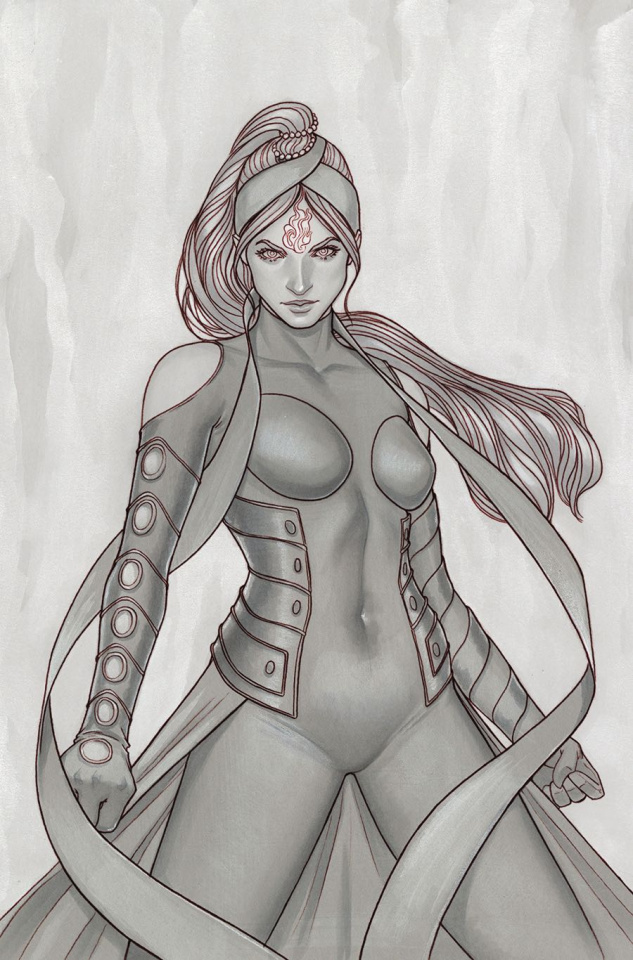