They've taken your ticket and ushered you to a seat. You know something is wrong here. You can feel it in the very fabric of the dingy and smoky theatre you sit in. It's an almost palpable dread you feel as the lights go down and the first reel begins to play... This issue continues Cinema Purgatorio by Alan Moore and Kevin O'Neill, A More Perfect Union by Max Brooks and Michael DiPascale, Code Pru by Garth Ennis and Raulo Caceres, Modded by Kieron Gillen and Ignacio Calero, and The Vast by Christos Gage and Gabriel Andrade. Each story has its own cover by the series artist and there is also an Ancient Tome Premium edition limited to 1000 copies. 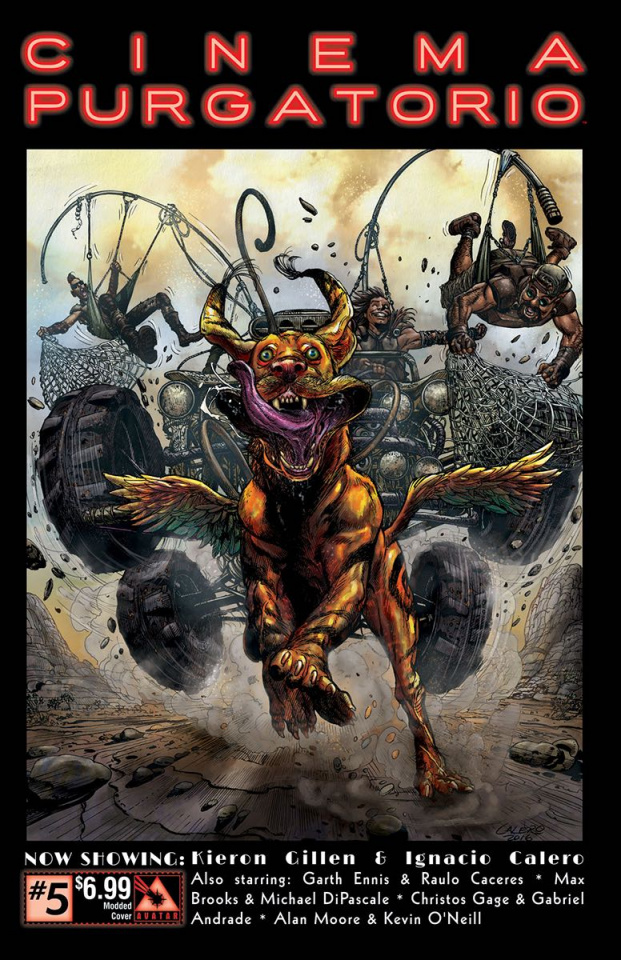