Loki is many things: god, trickster, brother, son, villain, even hero. Now he wants to add one more title to the list: President of the United States! That's right, the God of Lies wants to be ruler of the free world! But is this just another scheme? One fact is certain: With Loki's winning smile and silver tongue on the campaign trail, this election just got a lot more interesting! He'll soon have the American people eating out of the palm of his hand, but can would-be President Laufeyson sway the media? And what will be his response when the heroes of Earth launch their attack ad? A crisis in Latveria offers Loki the chance to demonstrate his foreign policy...but surely he wouldn't cause a national catastrophe just for a little good press? Would he? Collecting VOTE LOKI #1-4 - plus the God of Mischief's classic first appearance from JOURNEY INTO MYSTERY #85, and his own retelling of the origin of Earth's Mightiest Heroes from AVENGERS (1963) #300. 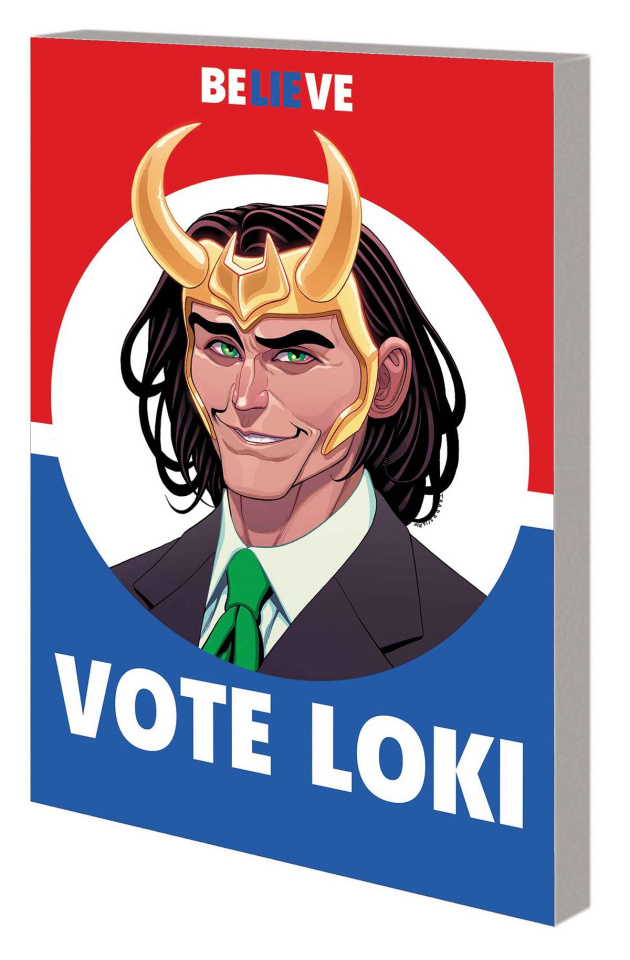