It's a clash between two vigilantes with very different ideas about justice! A simple change of venues for one of Matt Murdock's cases becomes more complicated when the Punisher attempts to send the defendant away - permanently! If Daredevil and his protégé, Blindspot, want this Russian mobster to have his day in court, it will take everything they have. But all Frank Castle needs to get his job done is one bullet! And with the gangster's associates also on his trail, getting him to the airport won't be easy. Will the Punisher get the chance for a kill shot? Will Daredevil secure a fair trial in Texas, where the accused may still end up facing a lethal injection? Or will this matter of life and death be decided by...the Crimson Dynamo?! 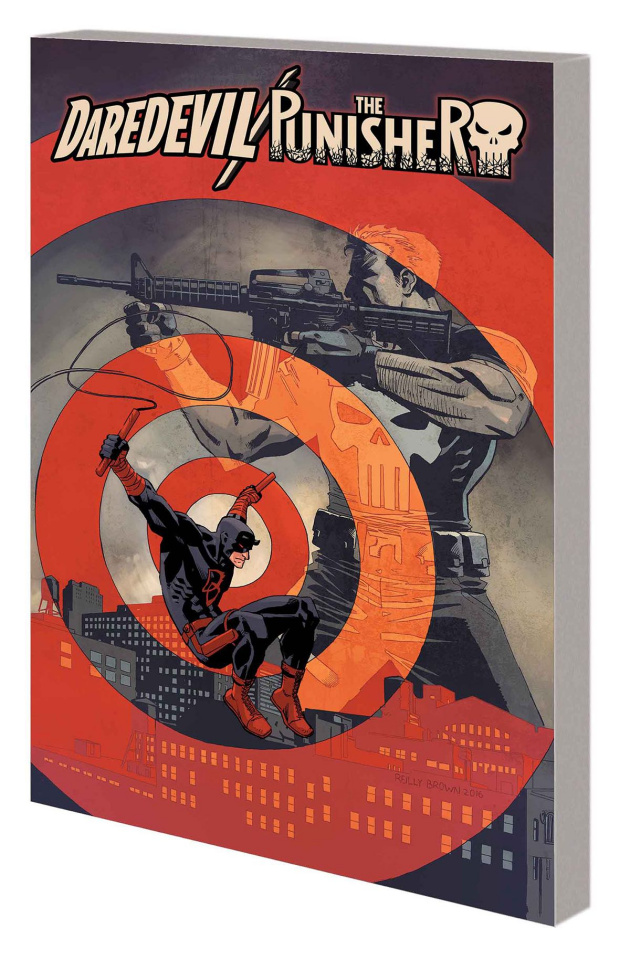