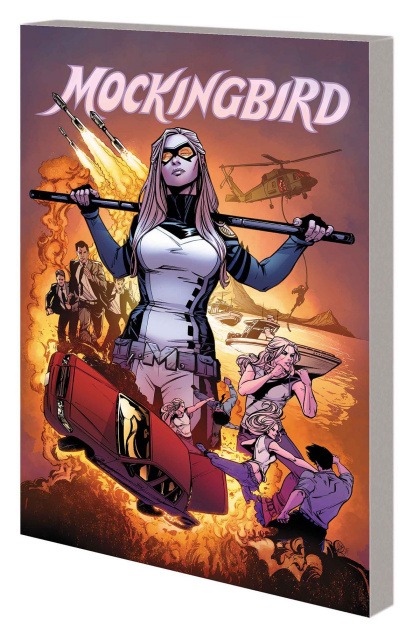 Mockingbird Vol. 1: I Can Explain

S.H.I.E.L.D. Agent Bobbi Morse, the former Avenger known as Mockingbird, goes solo! With a scientific mind and a lethal mastery of martial arts, she's always been one of S.H.I.E.L.D.'s best agents, but what happens when someone close to her is murdered? There are strange goings-on to investigate in the peacekeeping organization's own medical-and-recovery network. But when Lance Hunter's undercover gig at the London Hellfire Club goes south, Mockingbird sets off, battle staves at the ready, to save Hunter - and the Queen of England! From helping out a teen driven bonkers by her own new powers, to doing a little dog-sitting, Bobbi shows she's a woman of many talents as best-selling author Chelsea Cain makes Mockingbird sing!