The Dark Tower: The Drawing of the Three - Bitter Medicine

Marvel's exploration of author Stephen King's dark fantasy world continues! The Gunslinger has taken Odetta Holmes to Mid-World to join his quest to reach the Dark Tower, but little do Roland and Eddie know that Odetta has a dark side that poses a threat to everything! And when love begins to blossom, one of their lives will be put at risk! Meanwhile, Roland's illness is becoming critical, and that means drastic action is required. As Odetta's personal struggle comes to a head, the Gunslinger seeks out the assassin Jack Mort - and ends up in a shootout on the streets of New York! The stakes are higher than ever - yet deeply personal - as King's epic saga twists and turns!

Collecting DARK TOWER: THE DRAWING OF THE THREE - BITTER MEDICINE #1-5. 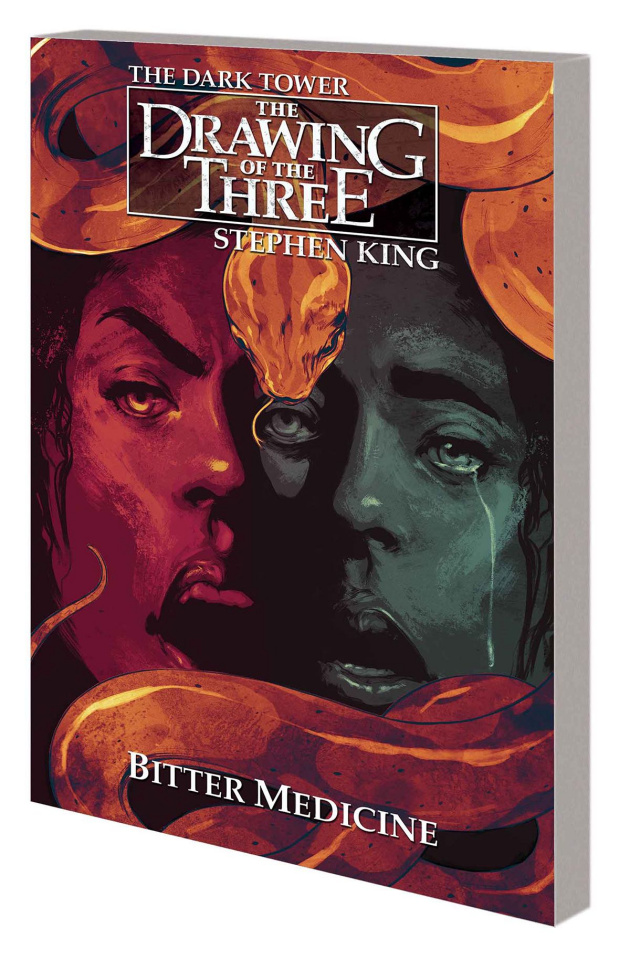